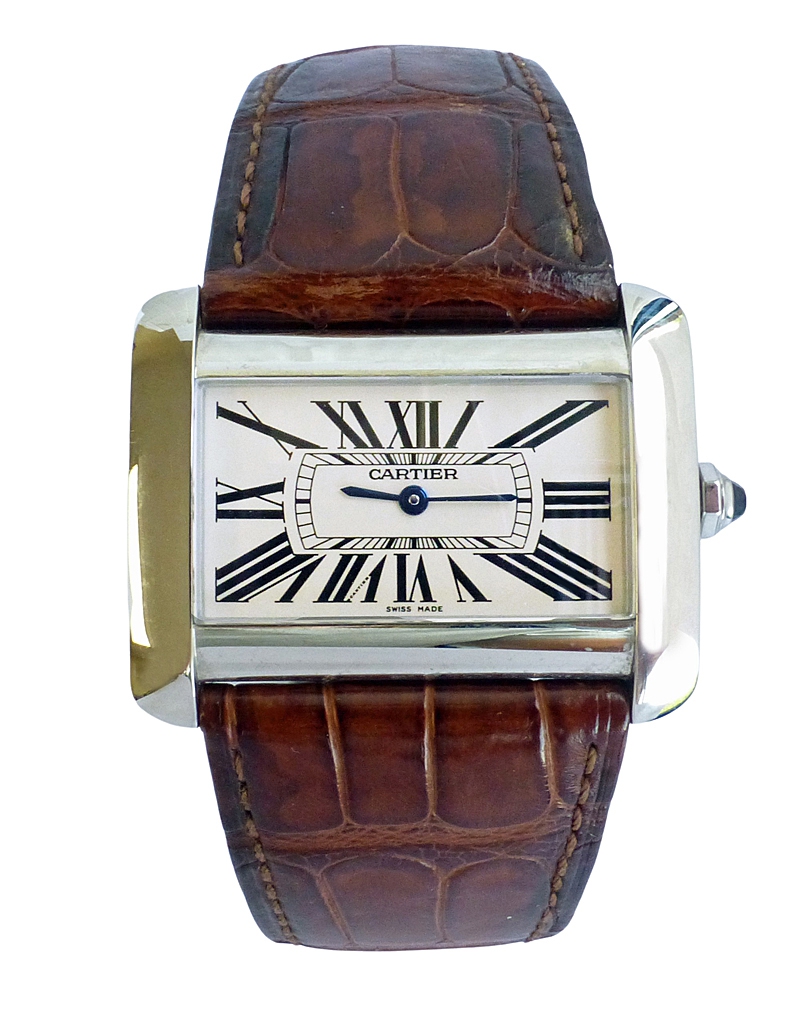 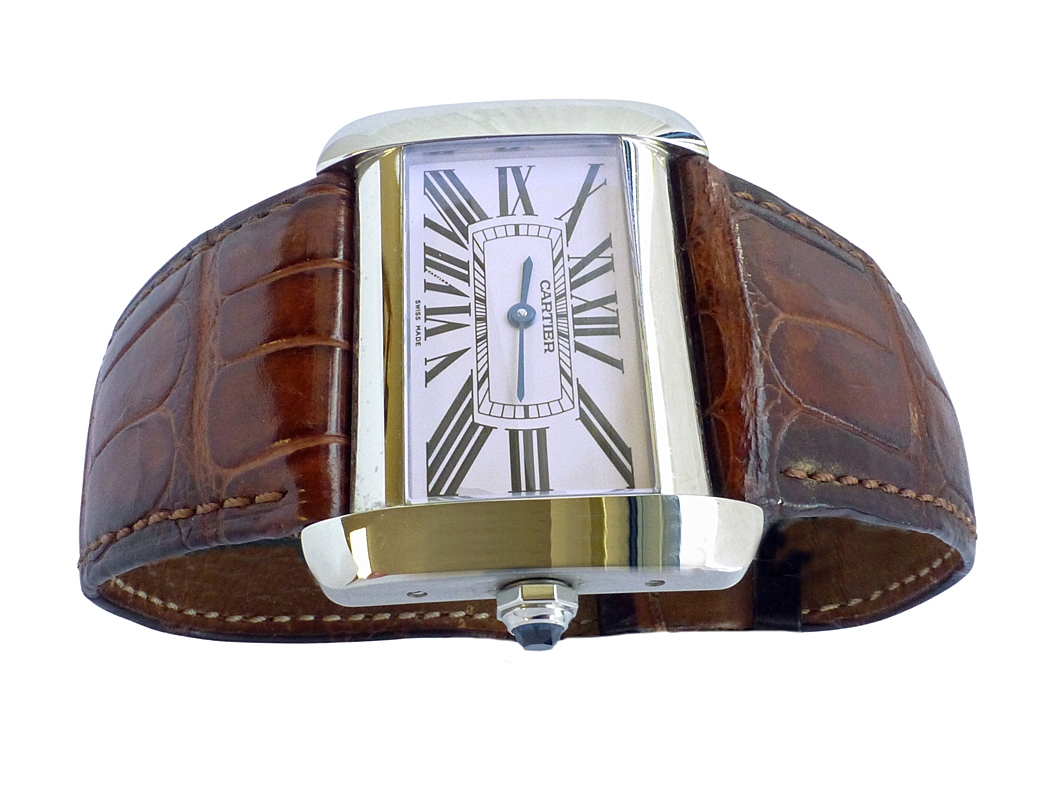 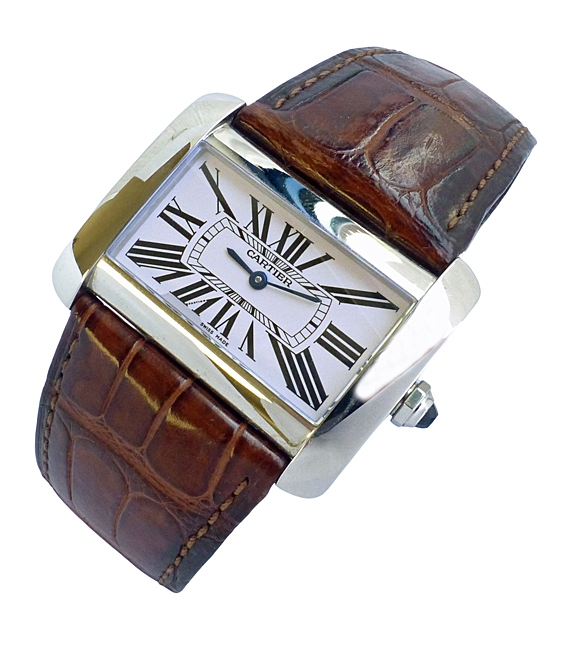 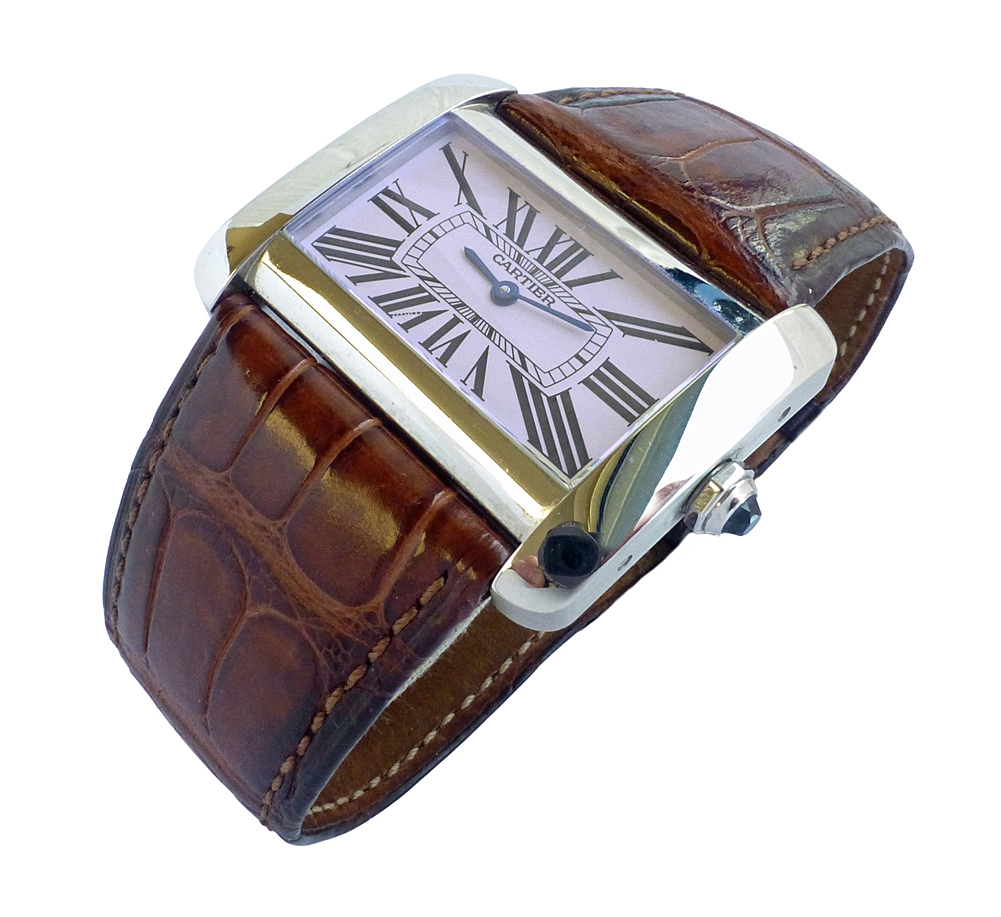 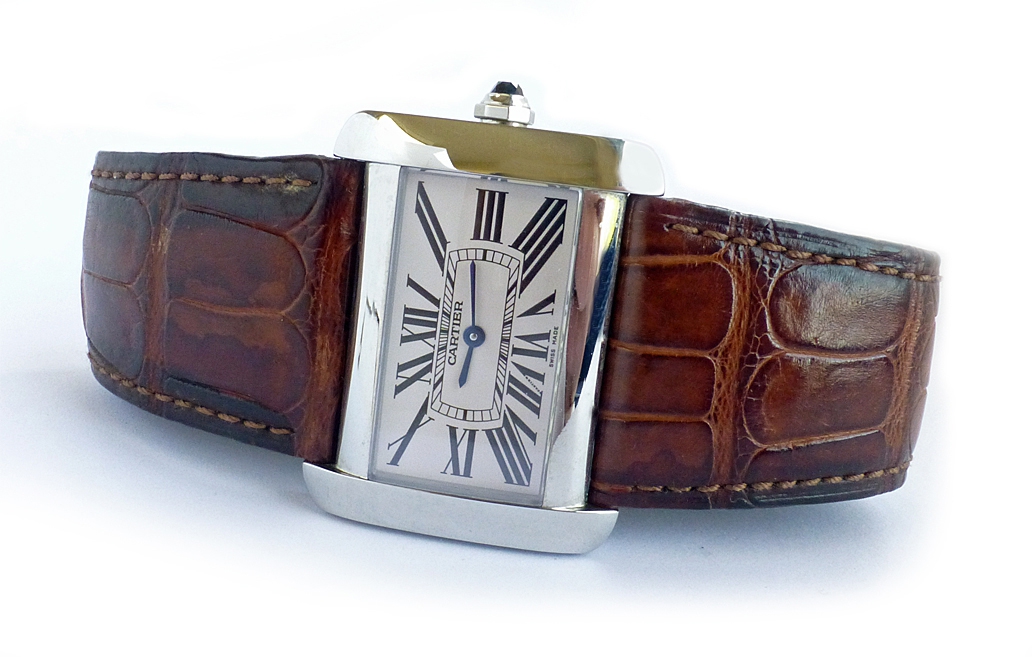 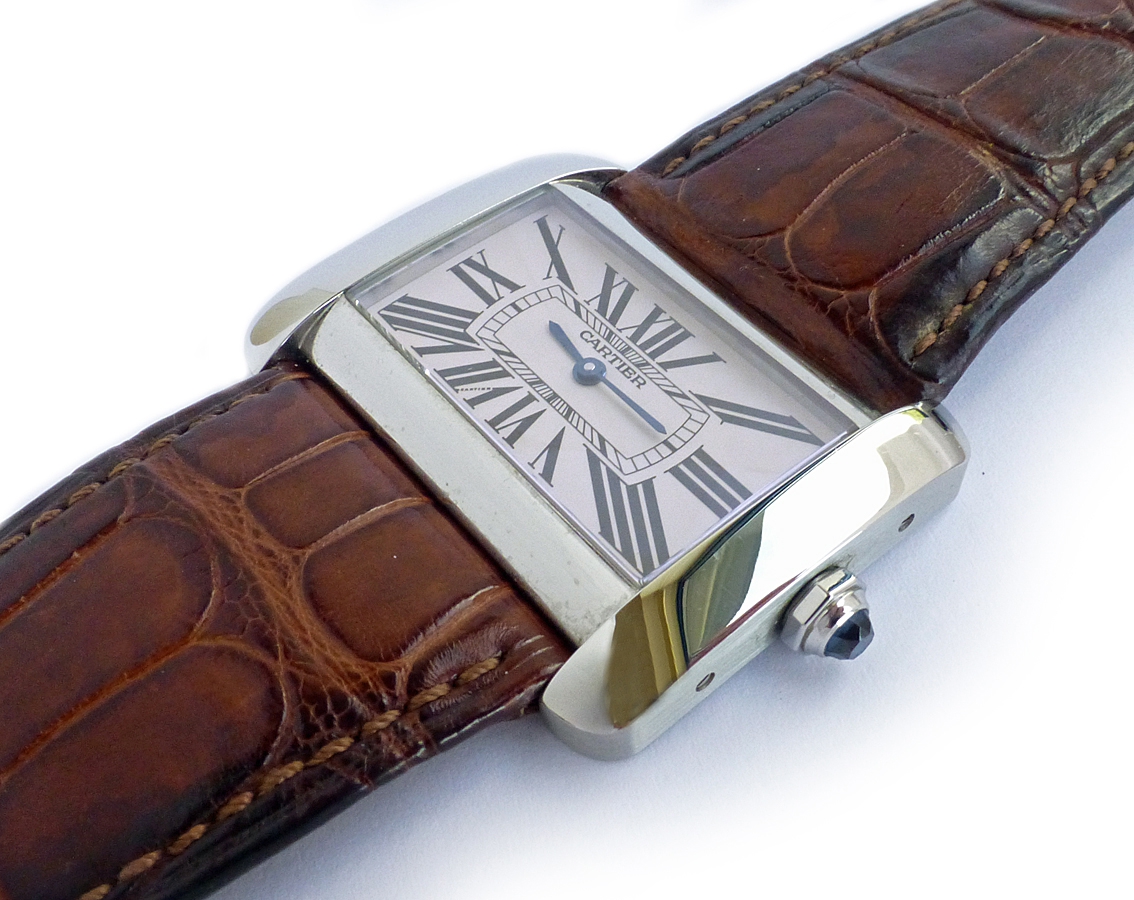 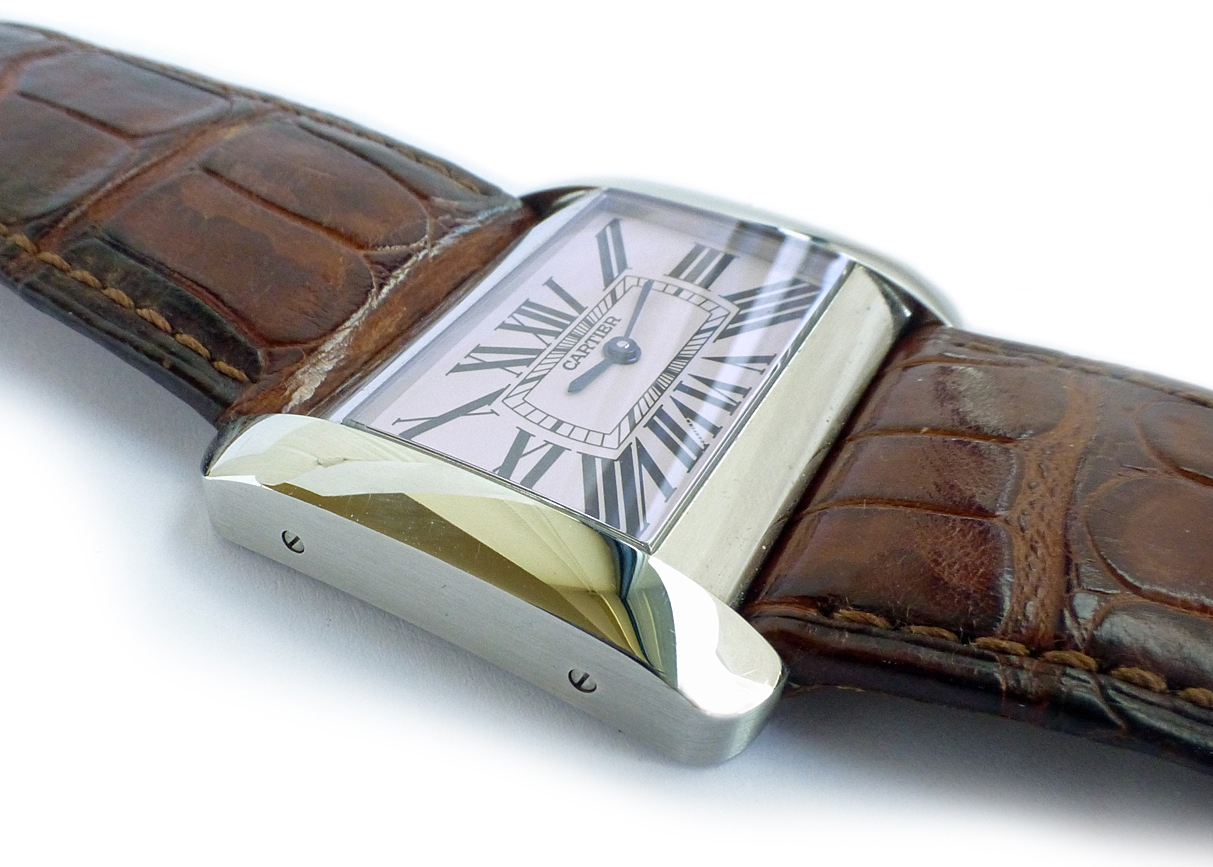 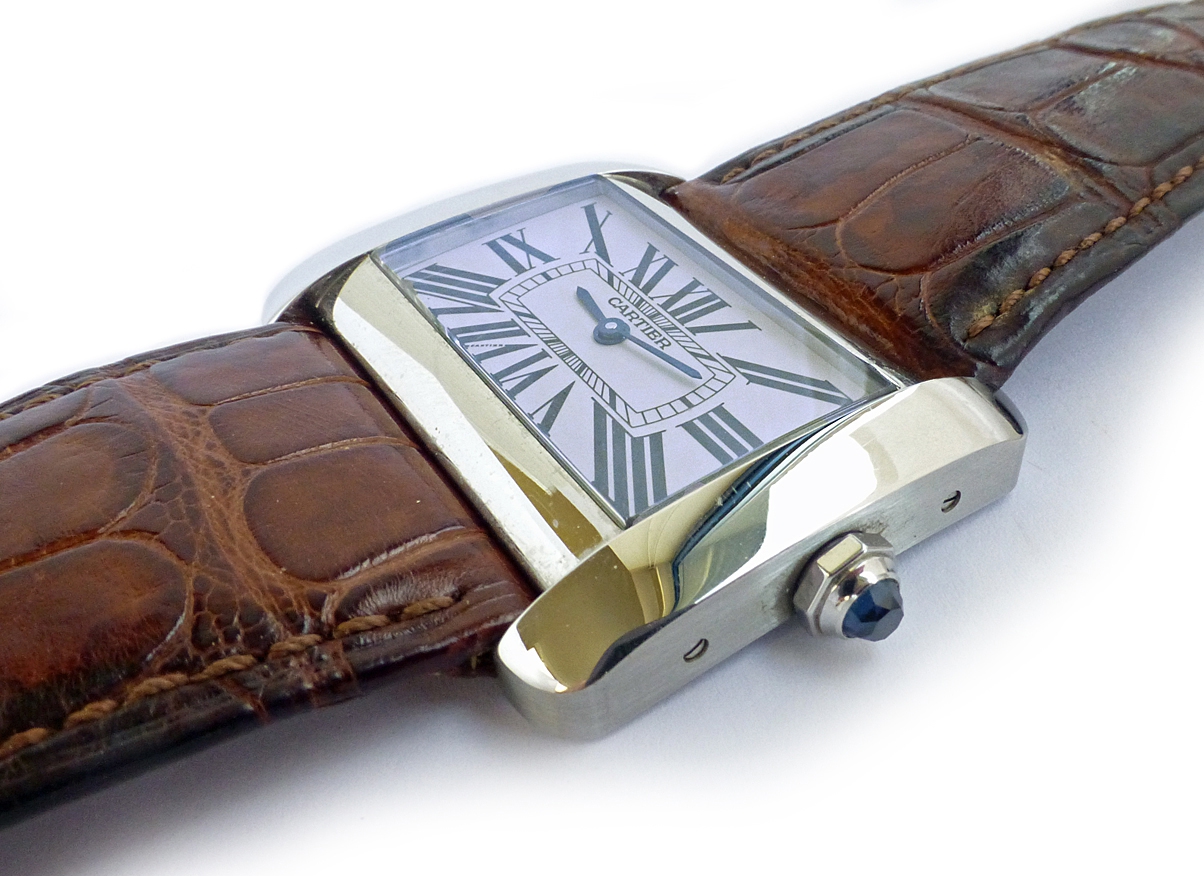 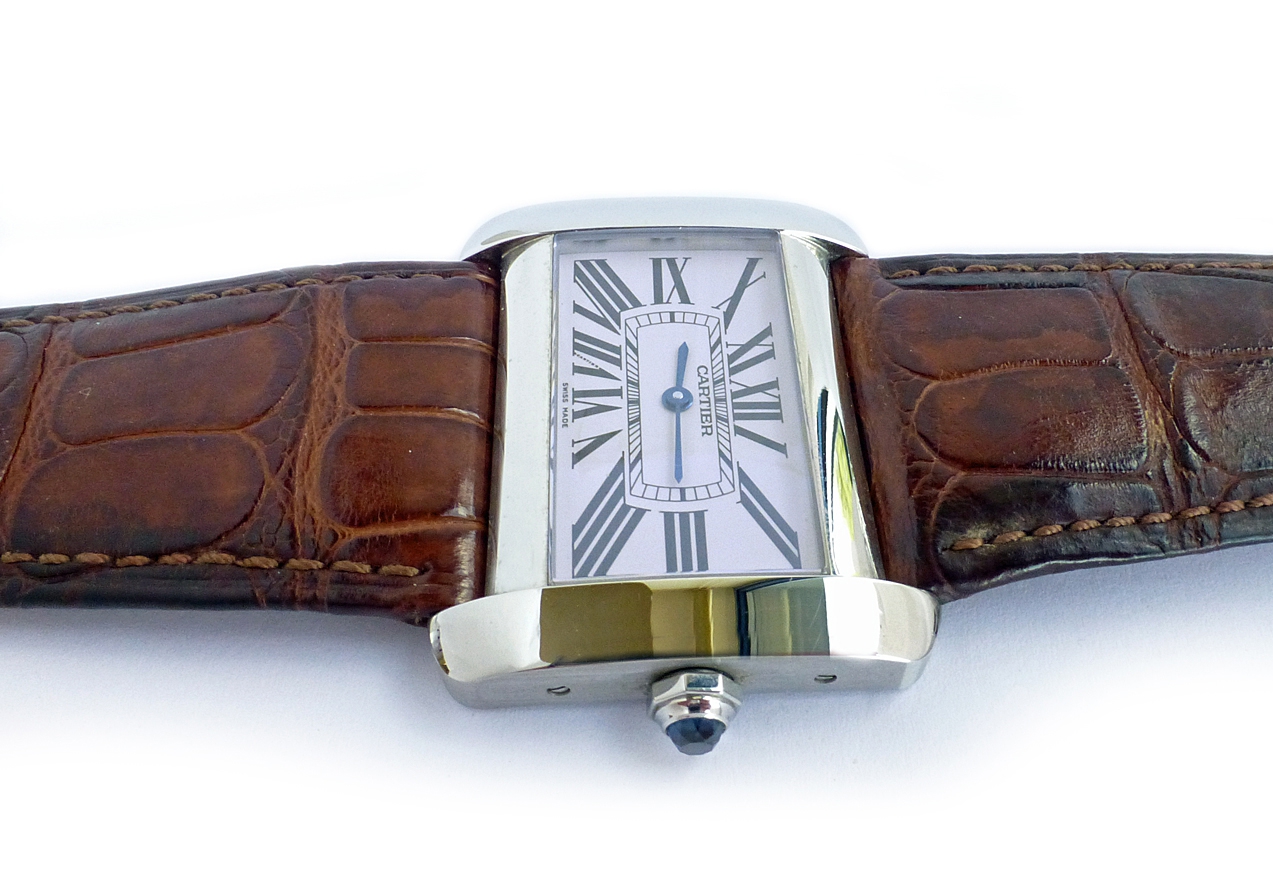 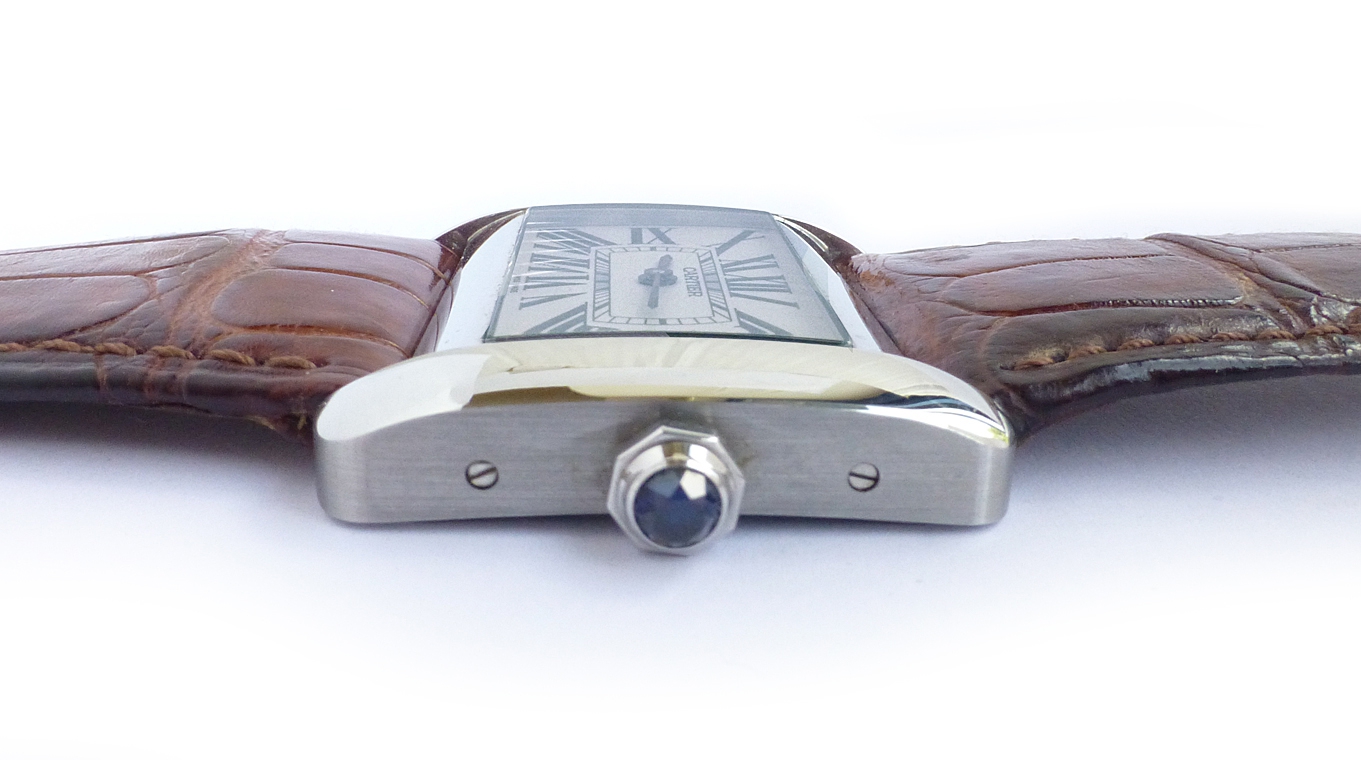 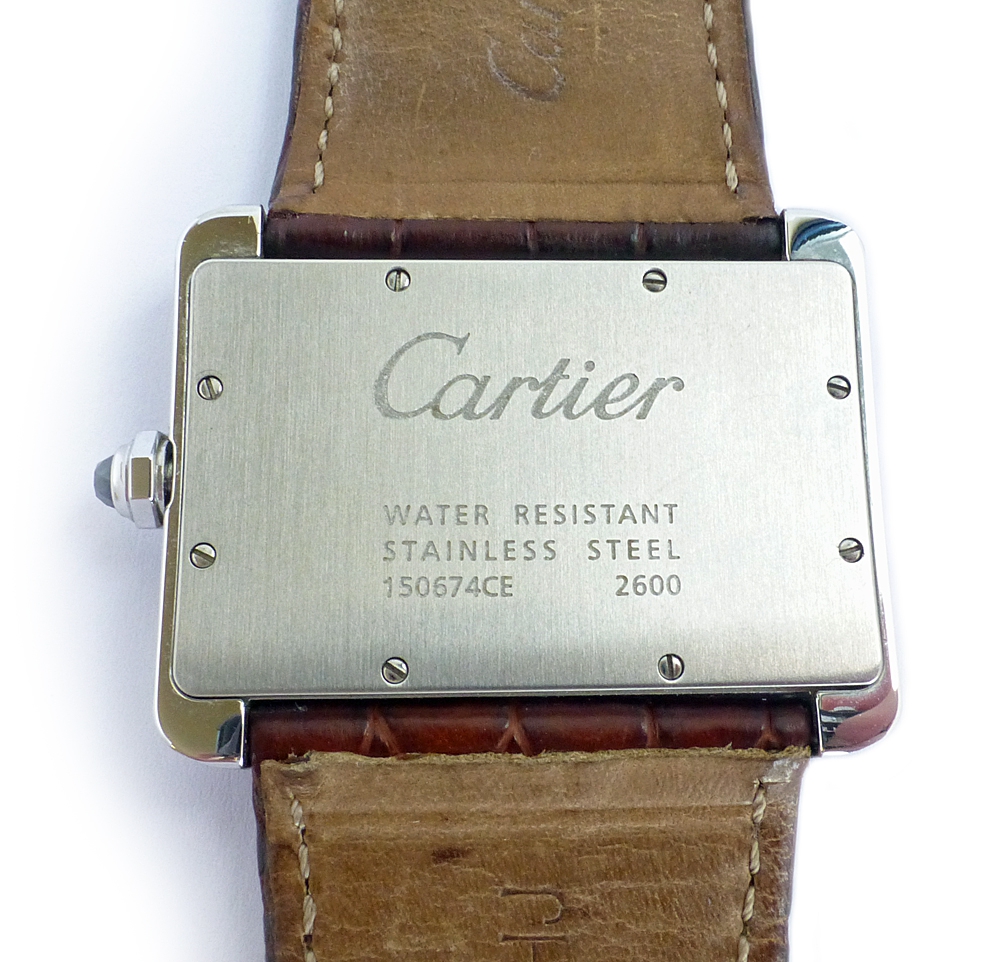 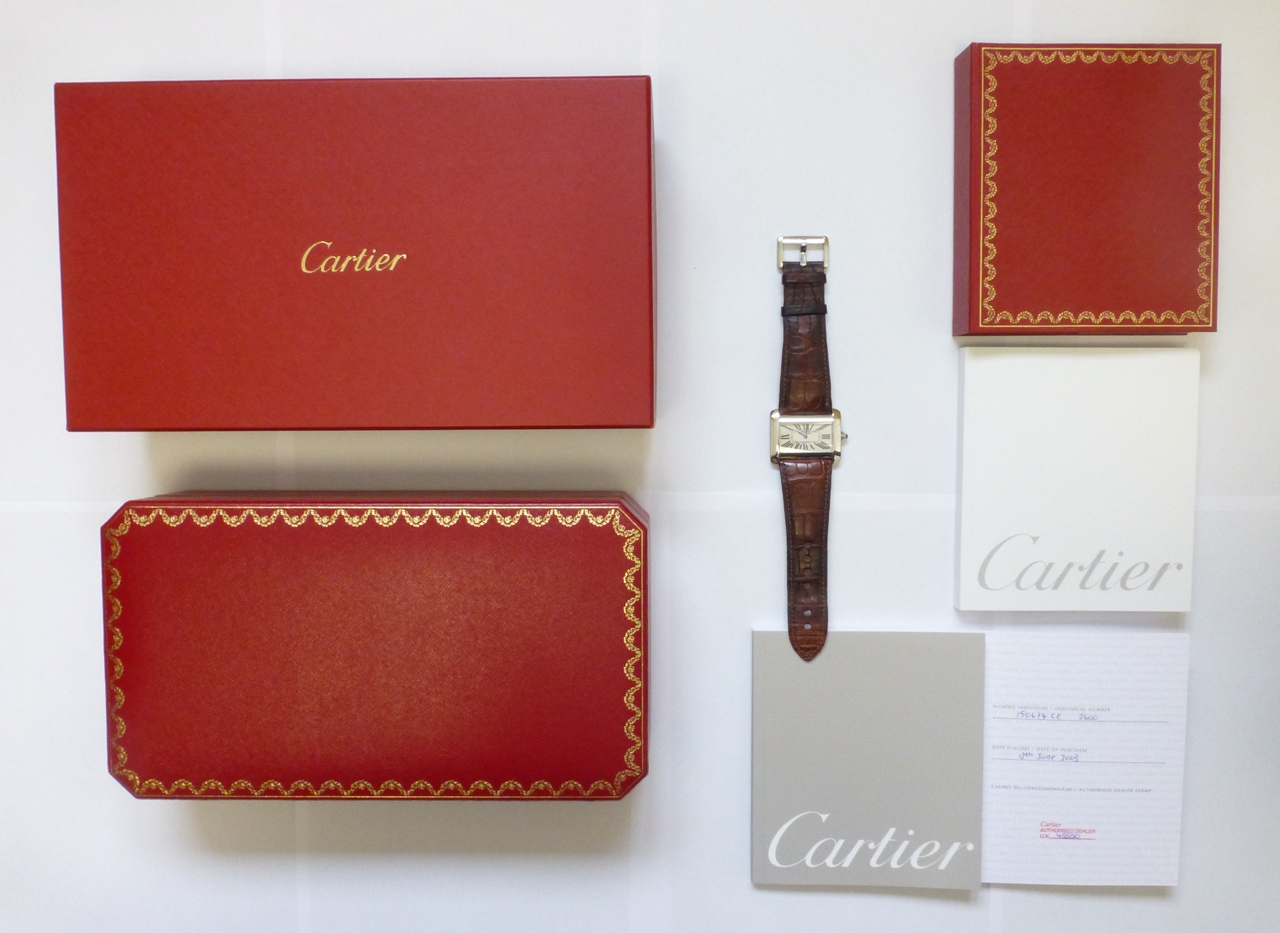 Excellent condition Cartier Divan XL gents wristwatch complete with box and all paperwork/booklets. It was originally purchased from authorised dealers in 2003. Cartier were founded in Paris over 150 years ago. Cartier are steeped in history, with founder Louis Cartier making their first water resistant watch for the Sultan of Marrakech. They also made the tank watch – inspired by the WW 1 American heavy armoured tanks. The now named Santos watch was worn by pioneering aviator Alberto Santos-Dumont over ninety years ago. The style of the watch remains pretty much unchanged since then, and a modern Santos watch is almost the same as the 90 year old model – but made to modern specification, on modern machinery with modern movements. These watches have become style icons of the 20th century. Many watches leaving Cartier’s workshops have become cult objects. This one is an excellent condition Cartier Divan, wonderfully retro looking calling upon the styling of the early 20th century Art Deco era. It is finished in polished stainless steel in a square flat case. The case back is brushed steel held by screws. The dial is silver with large and bold “exploding” style Roman numerals and with blued hands contrasting against the white dial. It has a Swiss quartz movement and a curved sapphire crystal. It comes on the original brown leather strap, with the original signed Cartier pin buckle. Has attractive curved case with squared off crown protecting shoulders and sapphire cabochon in the crown. Dimensions are: width excluding the crown is 39 mm, width including the crown is 42 mm, lug to lug is 32 mm and thickness is 7 mm.