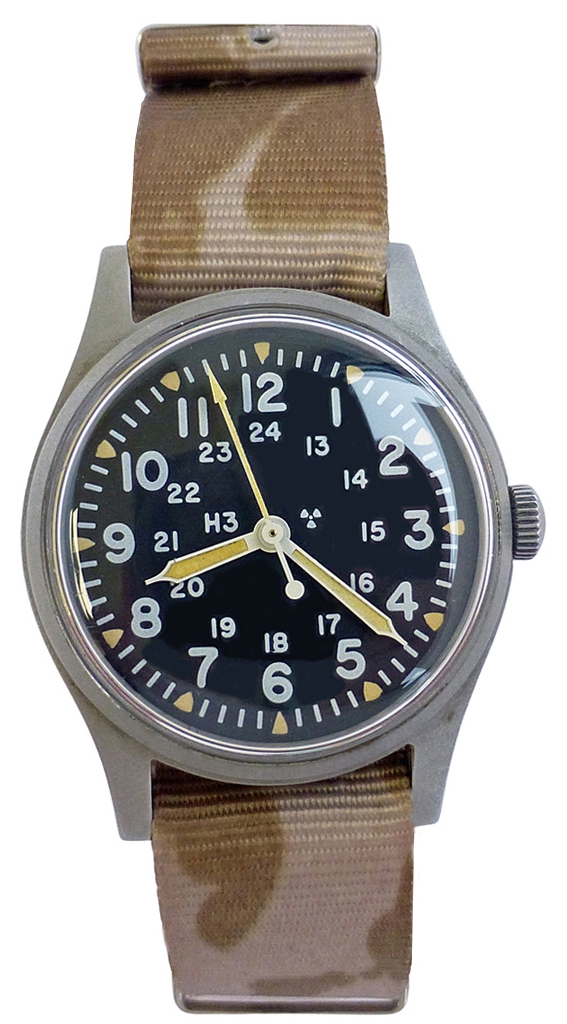 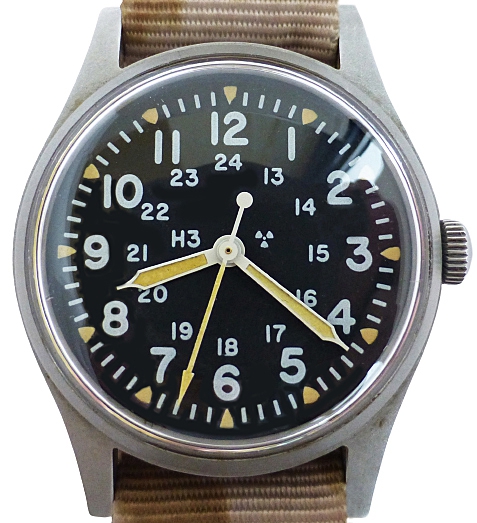 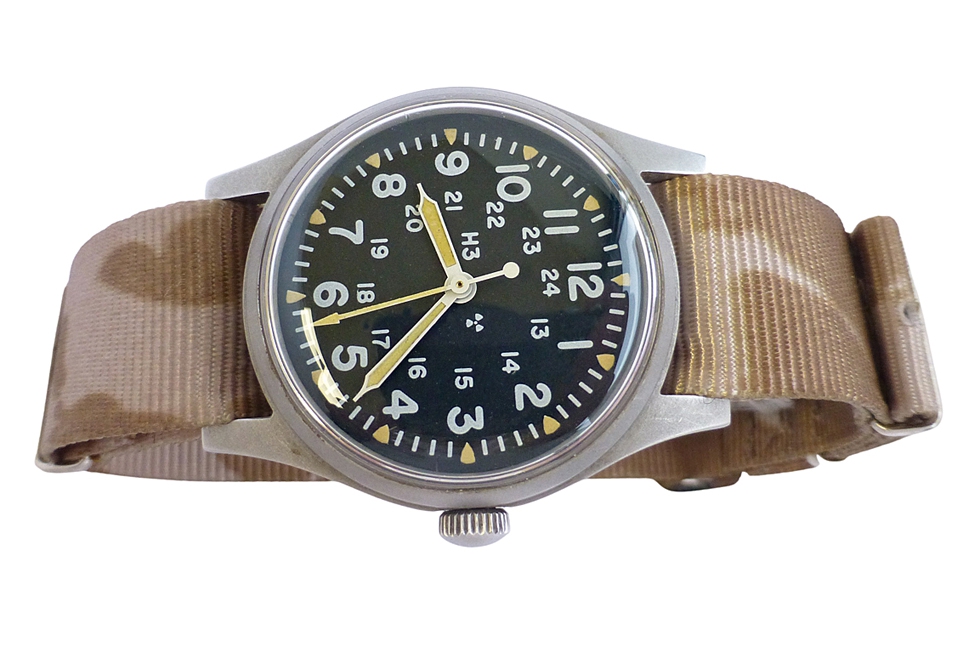 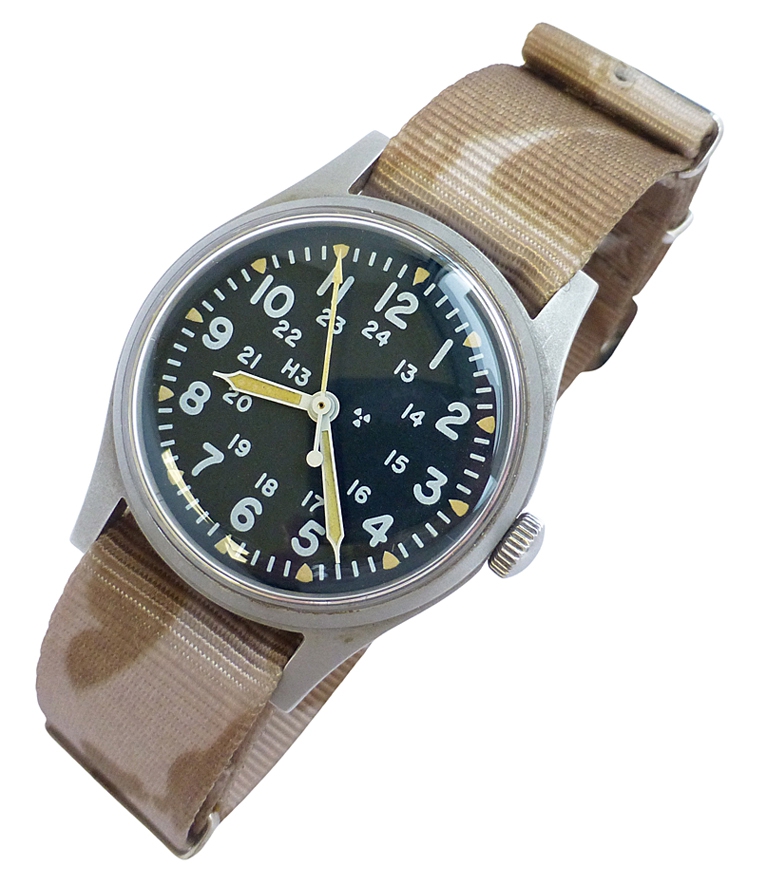 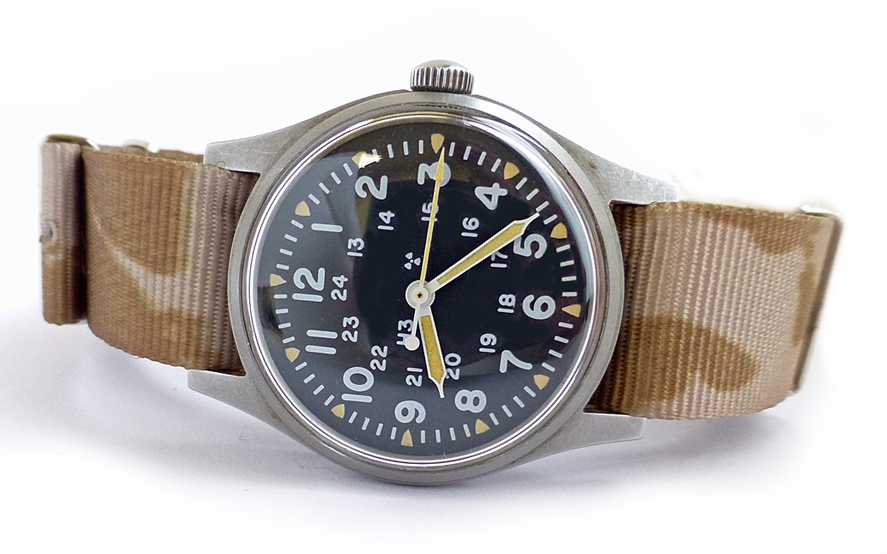 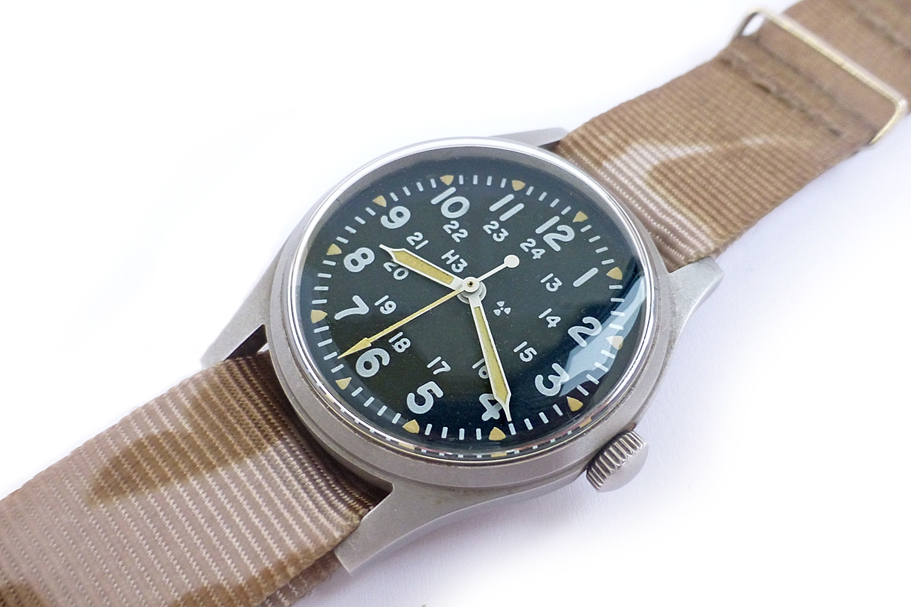 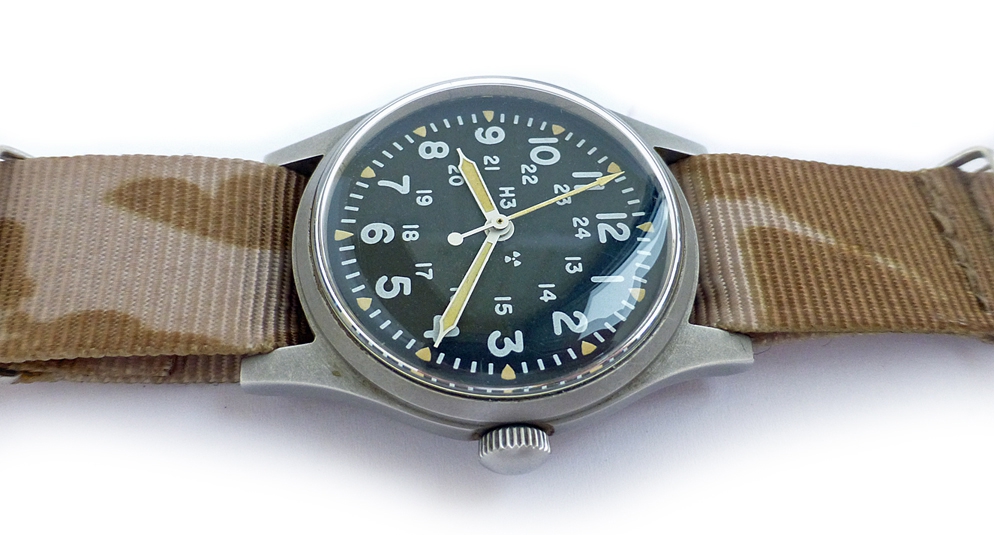 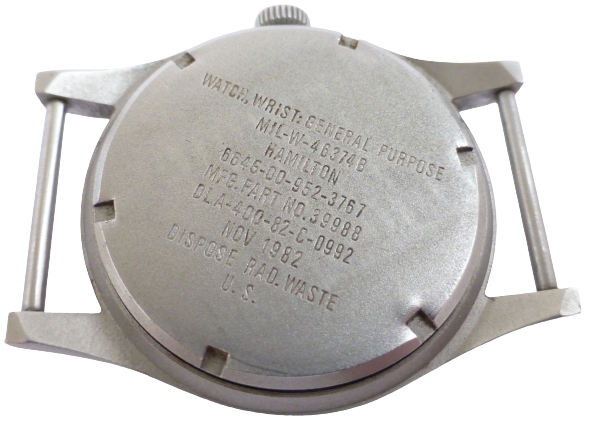 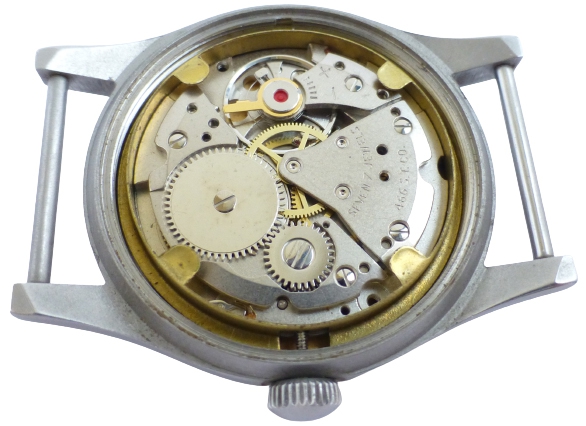 Good condition Hamilton military issue in the same style as the Vietnam era hand winding wristwatch. Date on this one is 1982. These were the watches issued to US general personnel during the Vietnam War up until the late 1980s. The case back has full military markings but it is unknown whether or not it was actually issued to a soldier. These watches are plain, simple and to the point with typical military dial which is matt black with large numerals, secondary 24 hour numerals, and large hands, all for the purpose of good legibility. The case is sandblast finished, with fixed bars and has a hand winding movement. One for the military collectors. Dimensions are 33 mm excluding crown, 36 mm including crown, 41 mm lug to lug and 12 mm thick