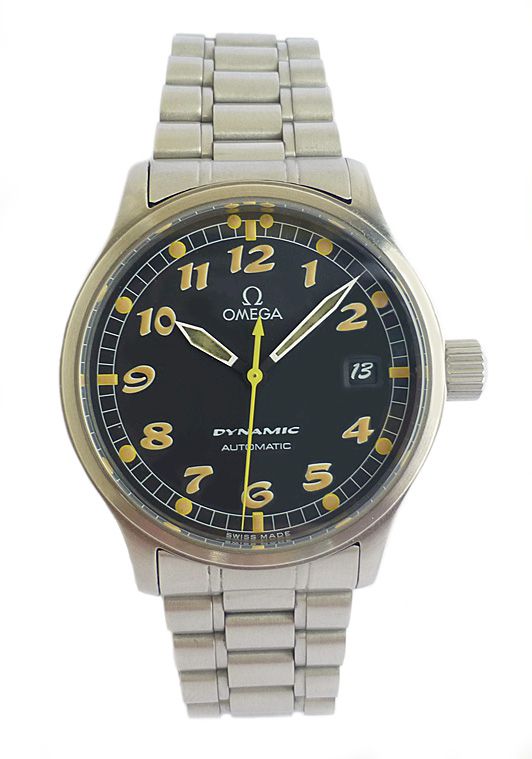 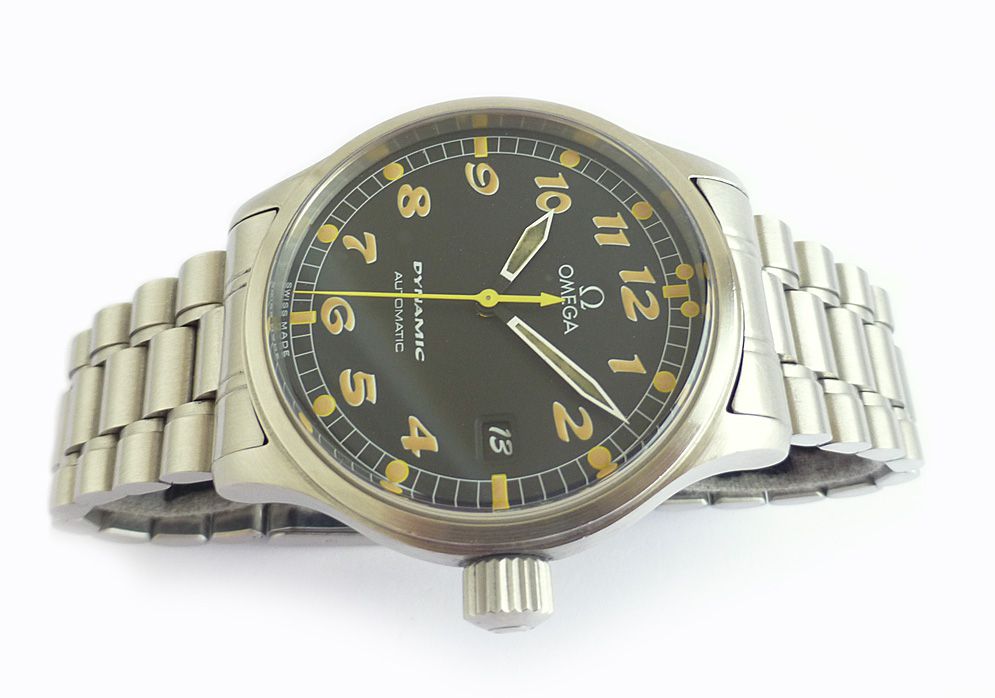 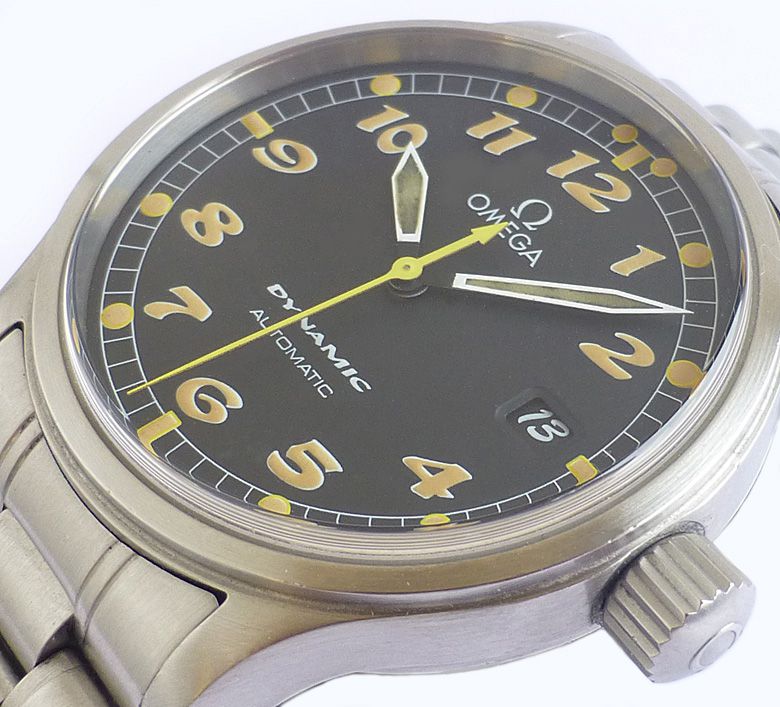 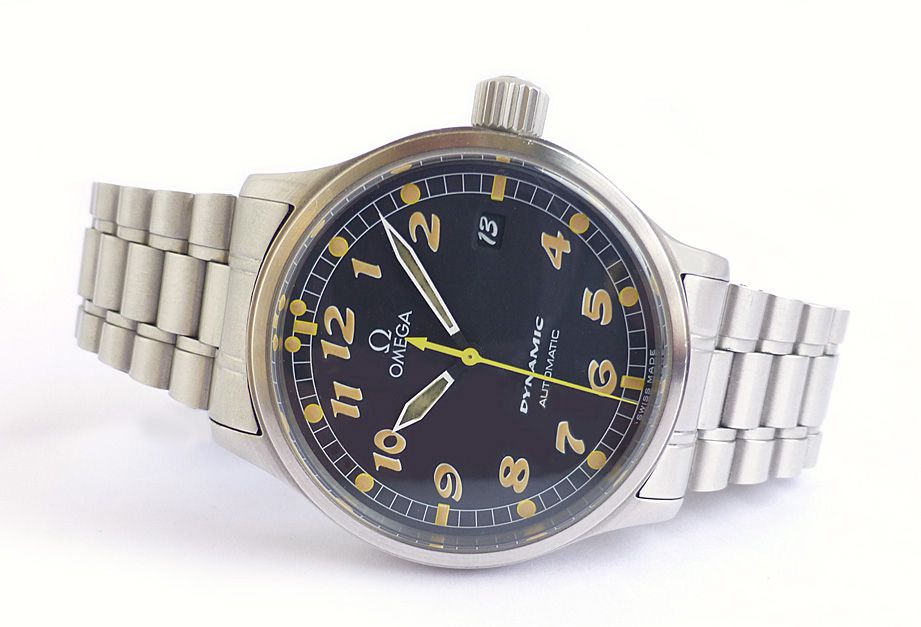 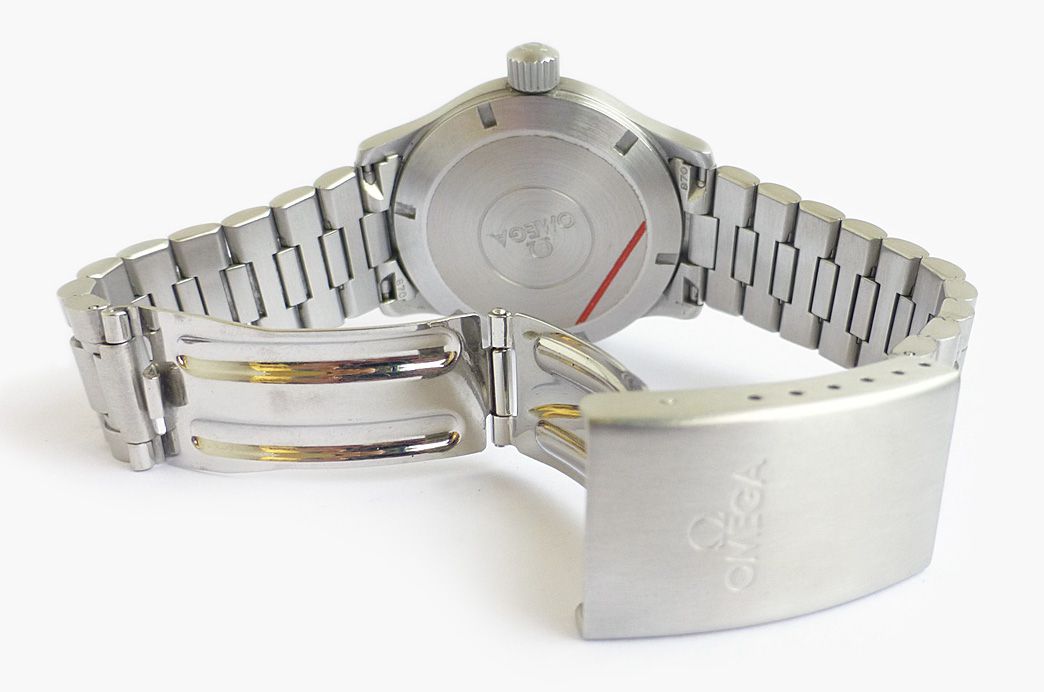 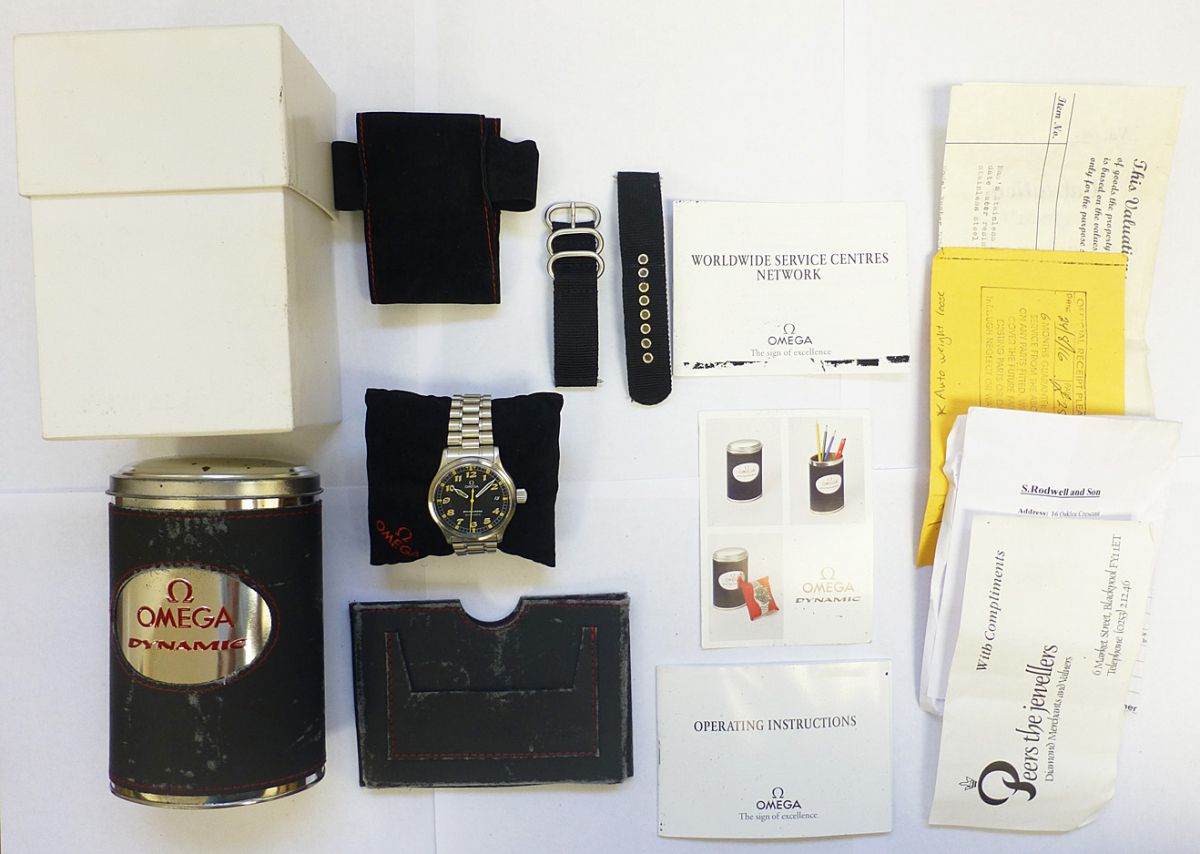 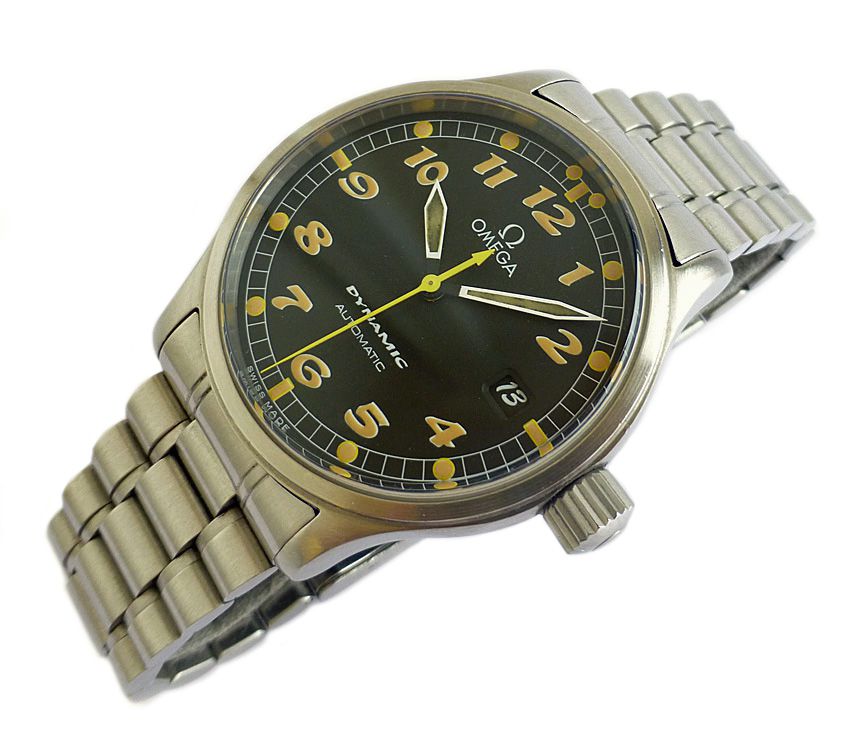 Mint condition Omega Dynamic automatic on the original steel bracelet. It comes complete with box and papers.Ãƒâ€šÃ‚Â  It has just had a full service and is in all round outstanding and original condition with attractive patina to the dial and hands. All too often the hands on Dynamics are new replacements which stand out very bright against the faded dial, but this one is very much in keeping as dial and hands are original to the watch which dates to 1997. It comes with an original valuation form 1997 as well as other papers, wallet and tin. No warranty card with it. Omega are well known for making innovative and high quality watches and the Dynamic is a very under rated Omega watch. It has a lovely brushed stainless steel case which is large and thick. It also has a large winding crown with exaggerated dial features. The case has a screw back which is signed as is the screw down crown. It has a scratch resistant sapphire crystal and comes on the original Omega signed brushed steel bracelet which is also in mint condition. It has a mat black dial with luminous markings and with yellow sweep second hand. The dial numerals are retro military in style which are large and bold making it distinctive looking and highly legible. This watch has seen very little wear and it is very difficult to find a single mark on the watch. Date window at the 3 position and nice touch having the numerals on the date wheel in the same style as the numerals on the dial.Outstanding and always popular watch.Ãƒâ€šÃ‚Â  Width is 36 mm excluding crown, 40 mm including crown, Lug to lug is 42 mm, Thickness is 9.5 mm.