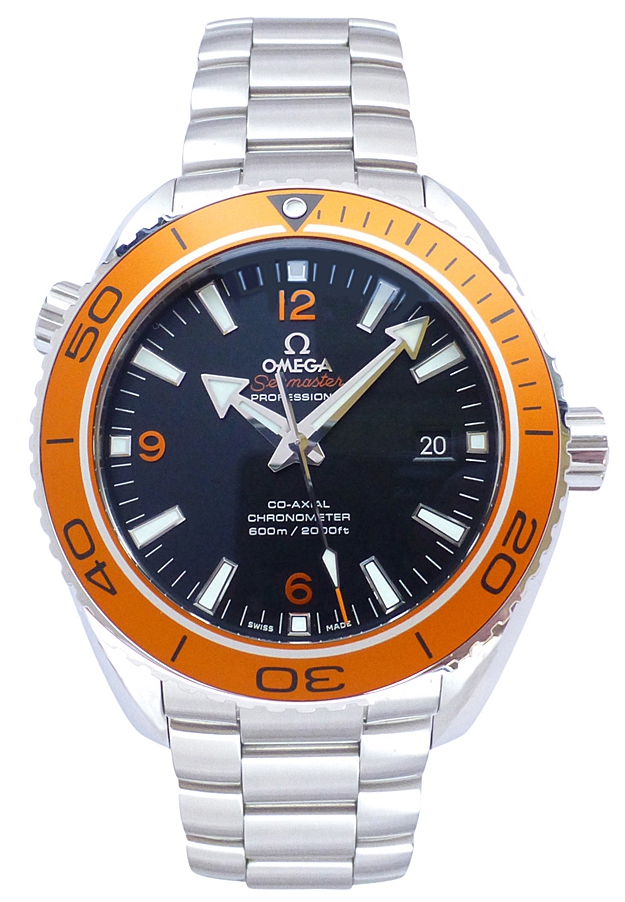 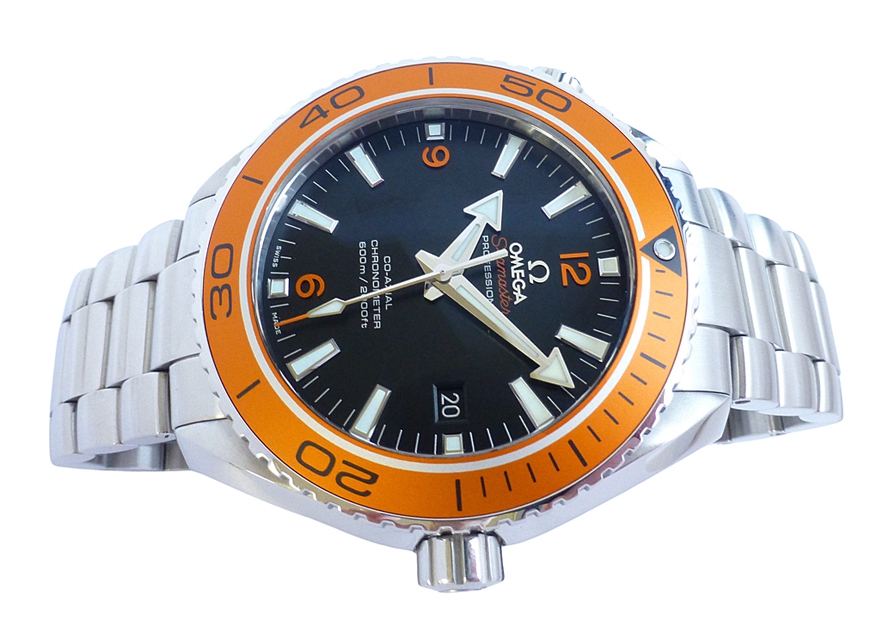 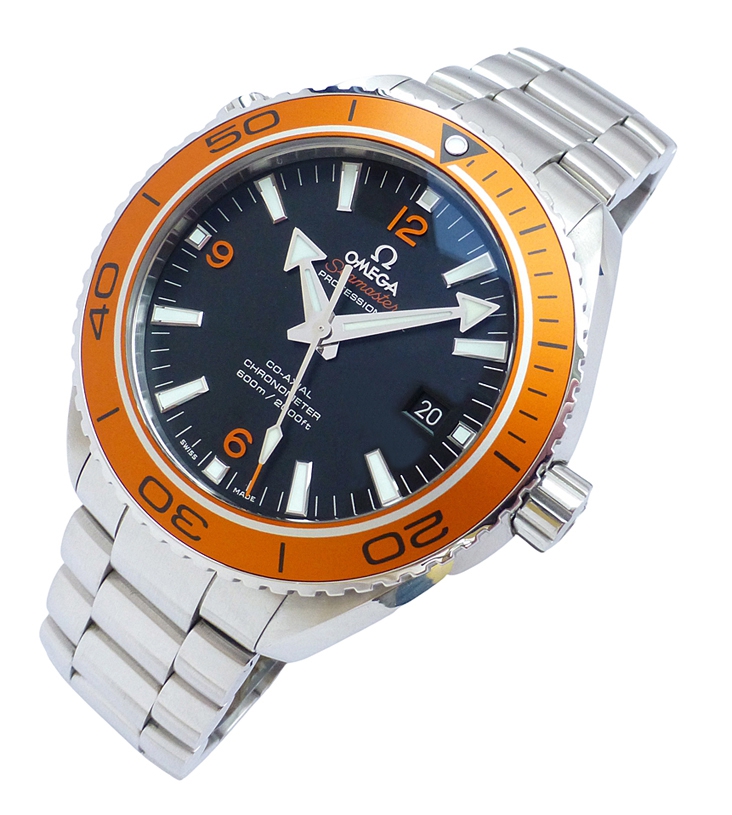 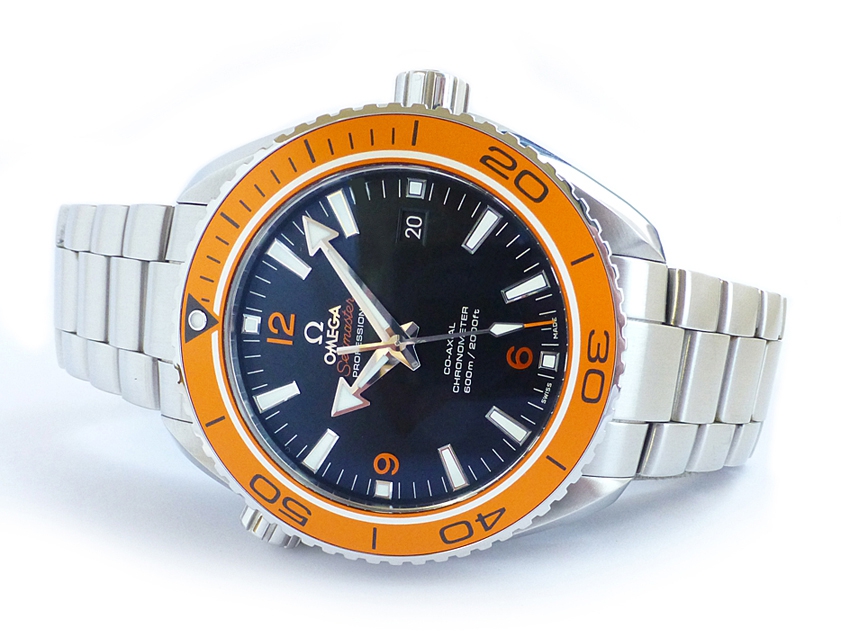 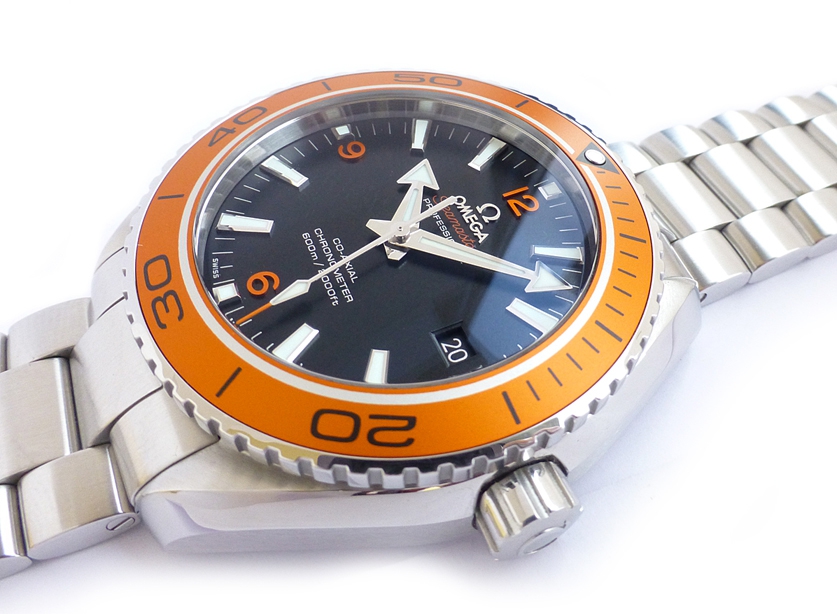 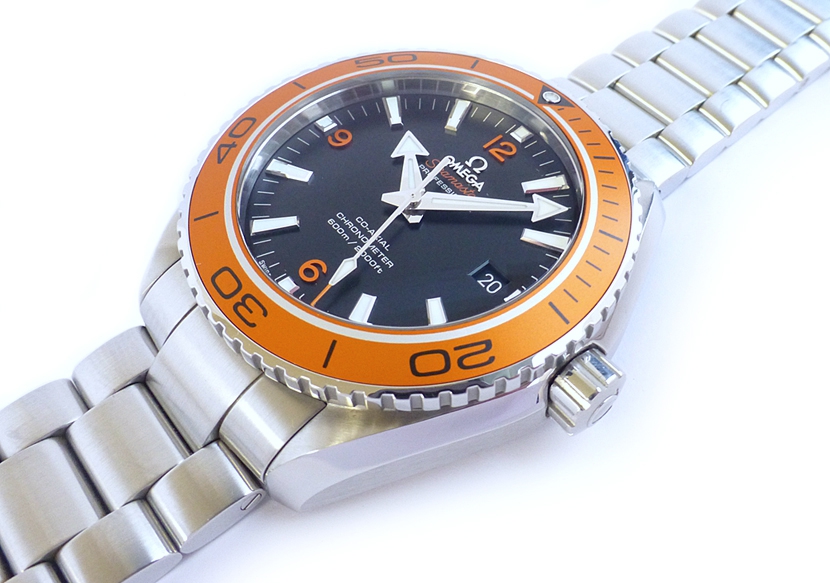 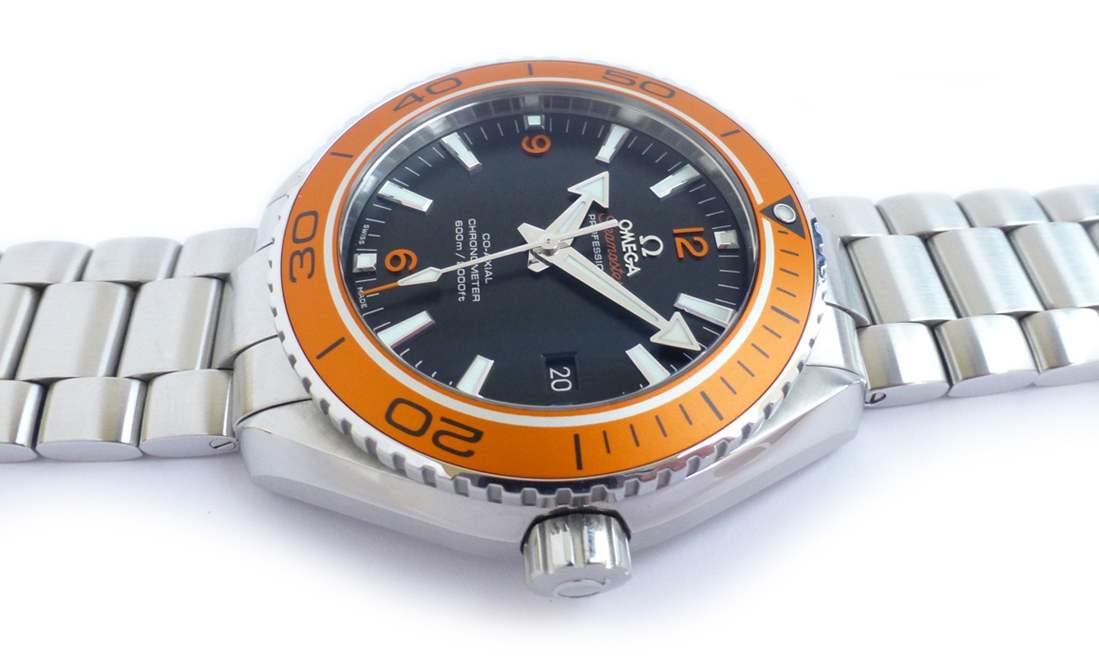 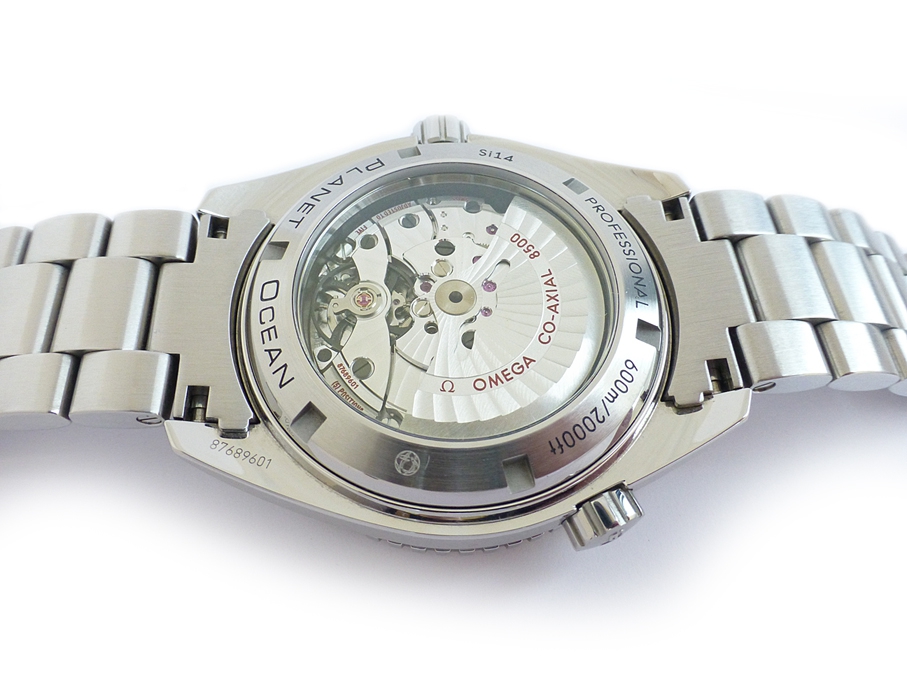 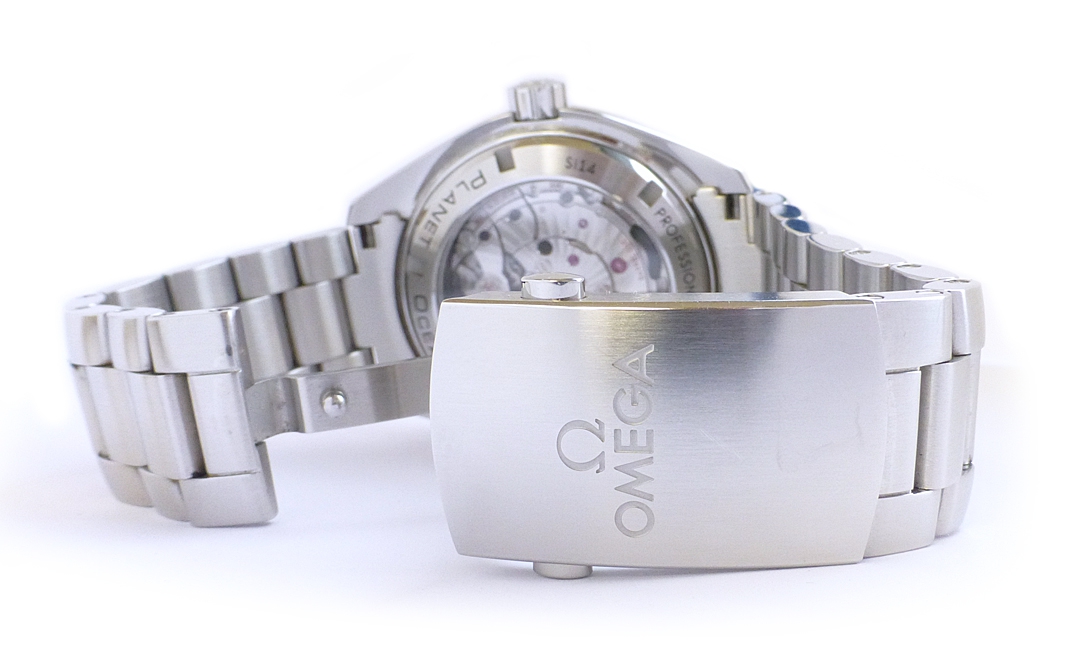 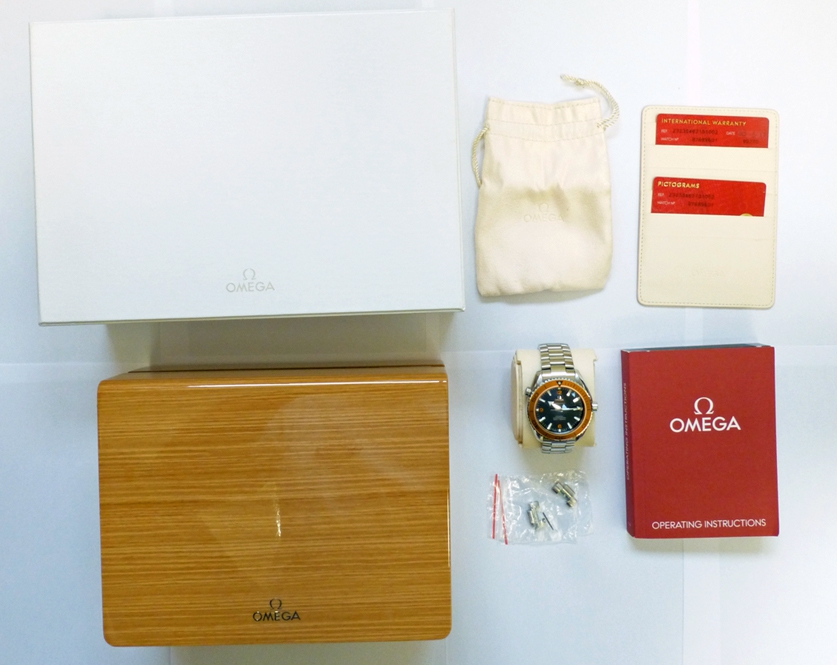 Omega Planet Ocean Co-Axial Chronometer model reference 23230462101002. In mint condition with minor marks to the clasp. They can be polished out but it is in original and unpolished condition. Comes complete with special large wooden box with papers and warranty card. It was originally purchased in 2017. This is the second generation Planet Ocean with the updated caliber 8500 movement. It was with Omega’s maritime legacy in mind that the brand launched its Planet Ocean line in 2005. The stylish Omega Seamaster Planet Ocean 600M pays homage to Omega‘s dive watch heritage.

This model, with its scratch-resistant sapphire crystal, features a black dial with a date window at the 3 o’clock position. The orange unidirectional rotating divers’ bezel is mounted on a 45.5 mm stainless steel case on a stainless steel bracelet.

The Omega Seamaster Planet Ocean 600M is water resistant to 600 metres / 2000 feet / 60 bar, and has a helium-escape valve. The Omega Co-Axial calibre 8500 at the heart of this certified chronometer timepiece can be seen through the transparent caseback.