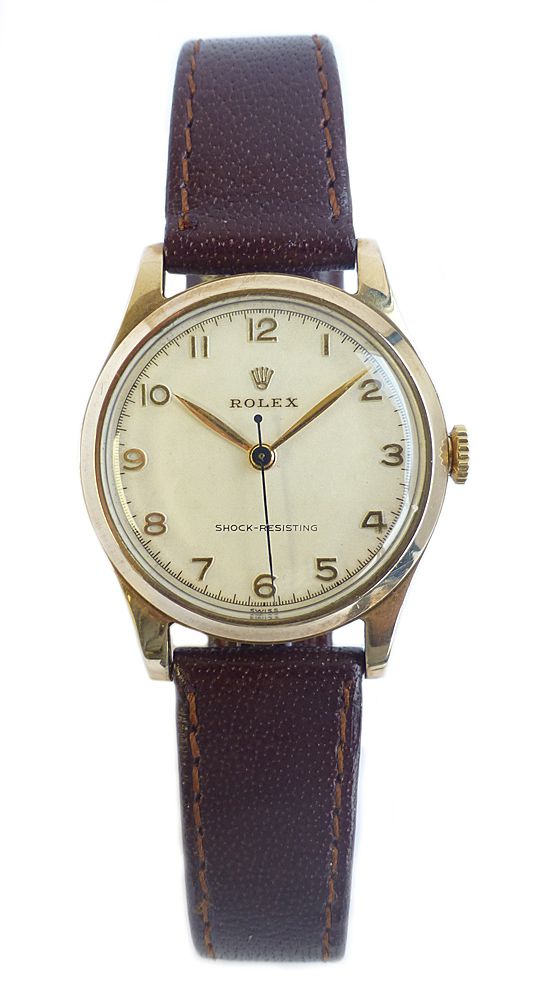 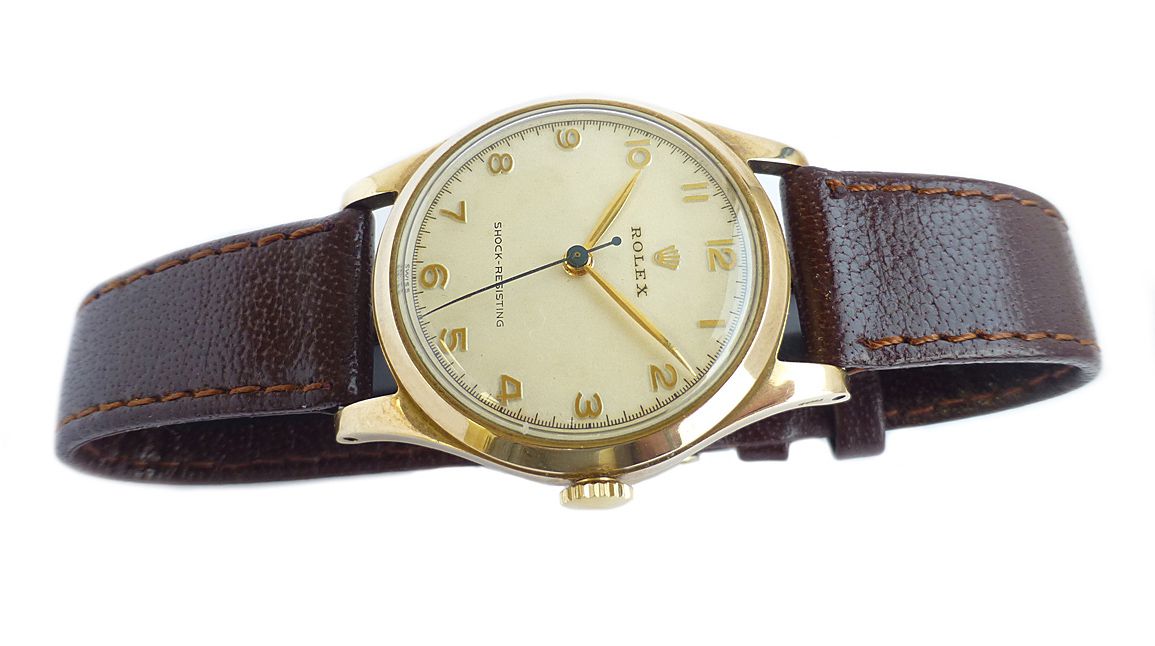 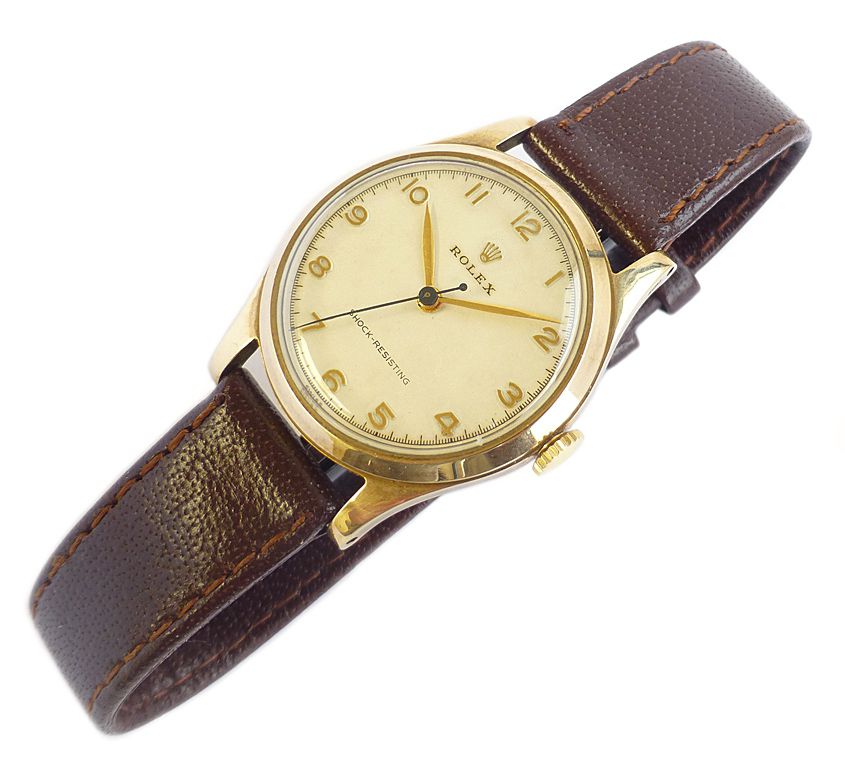 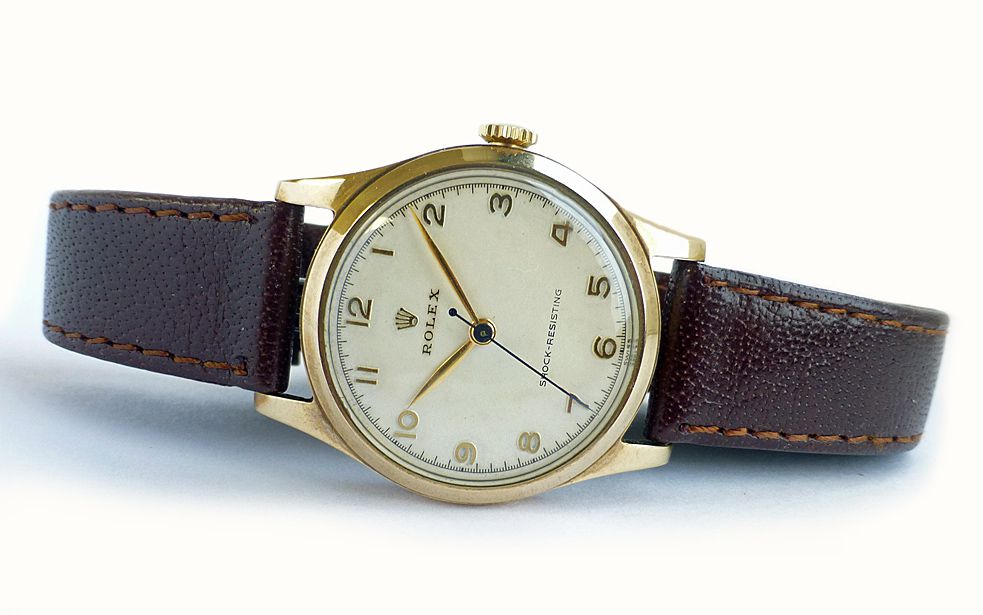 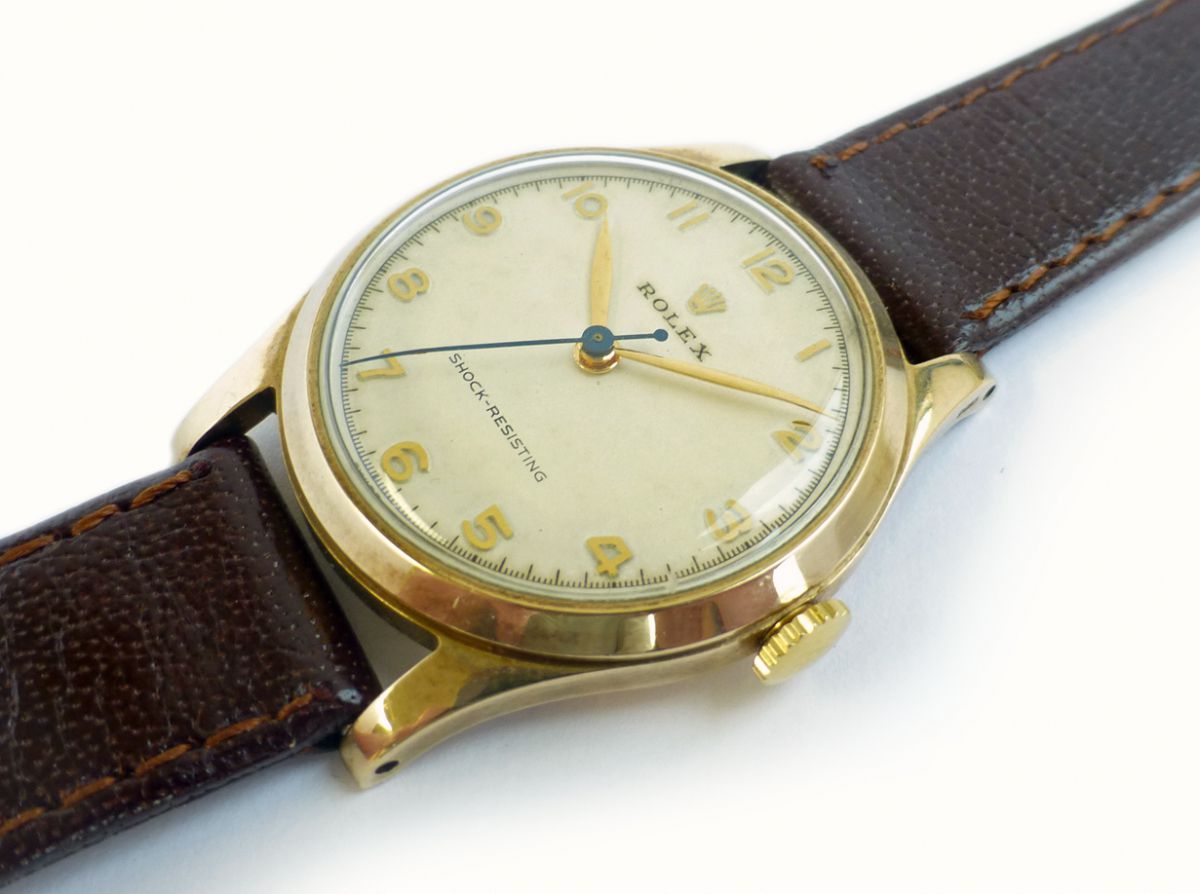 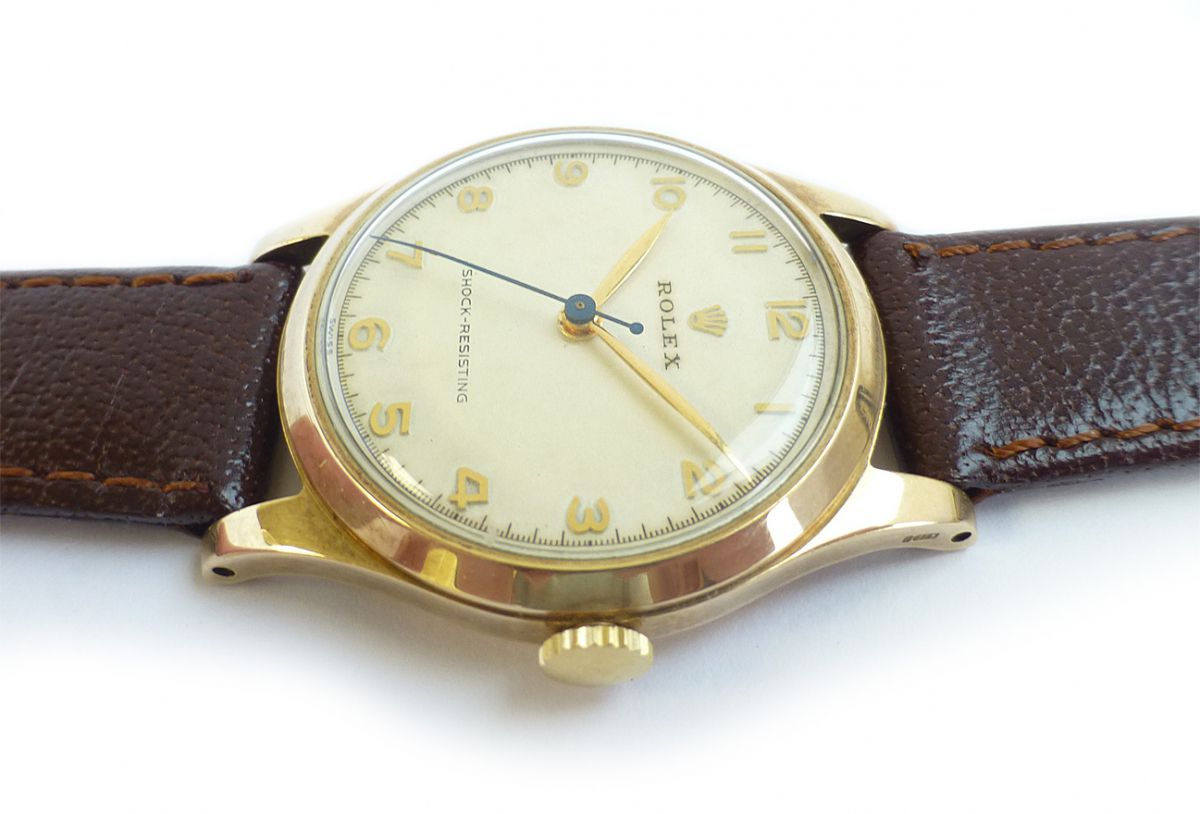 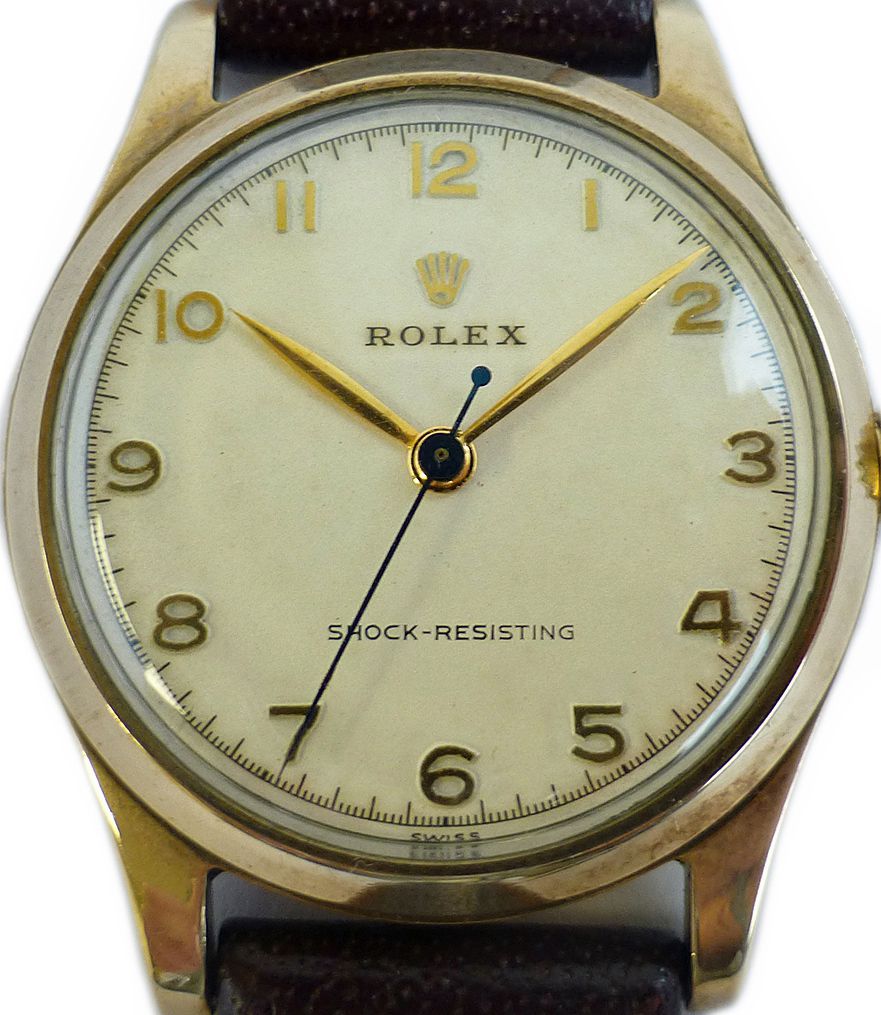 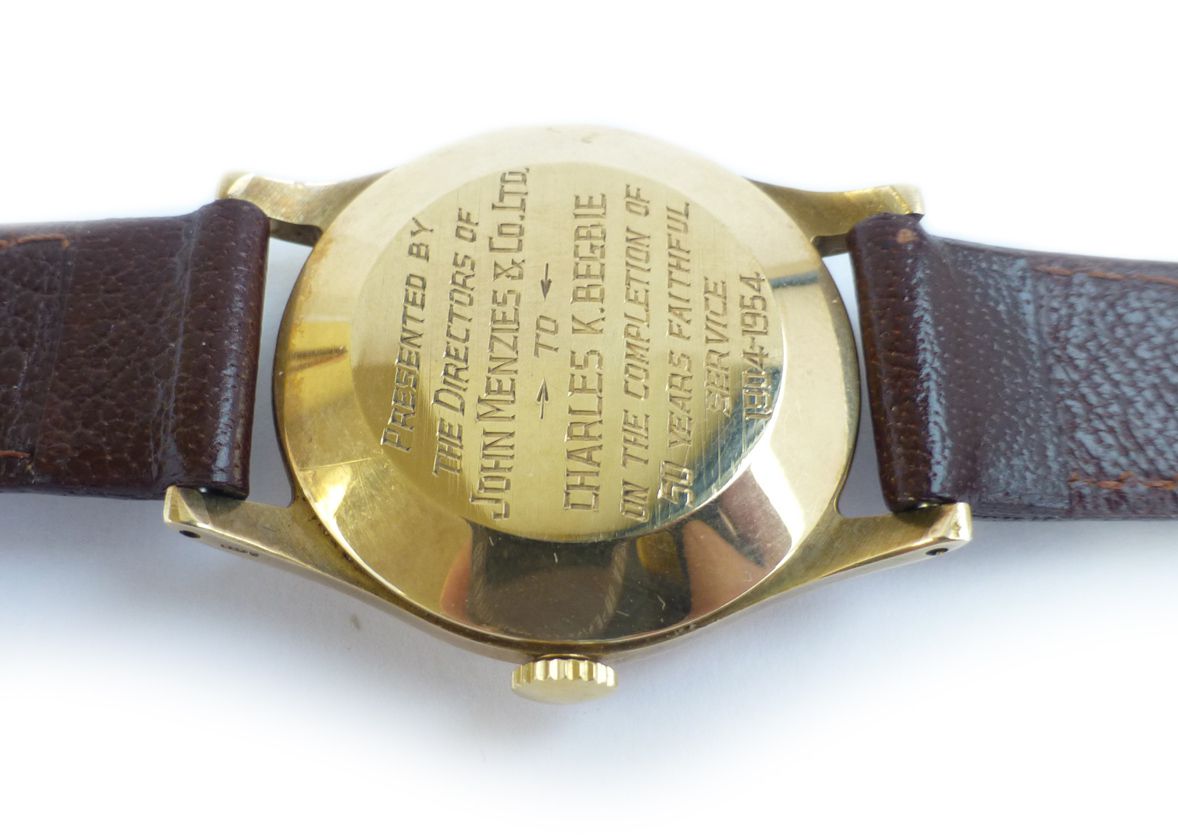 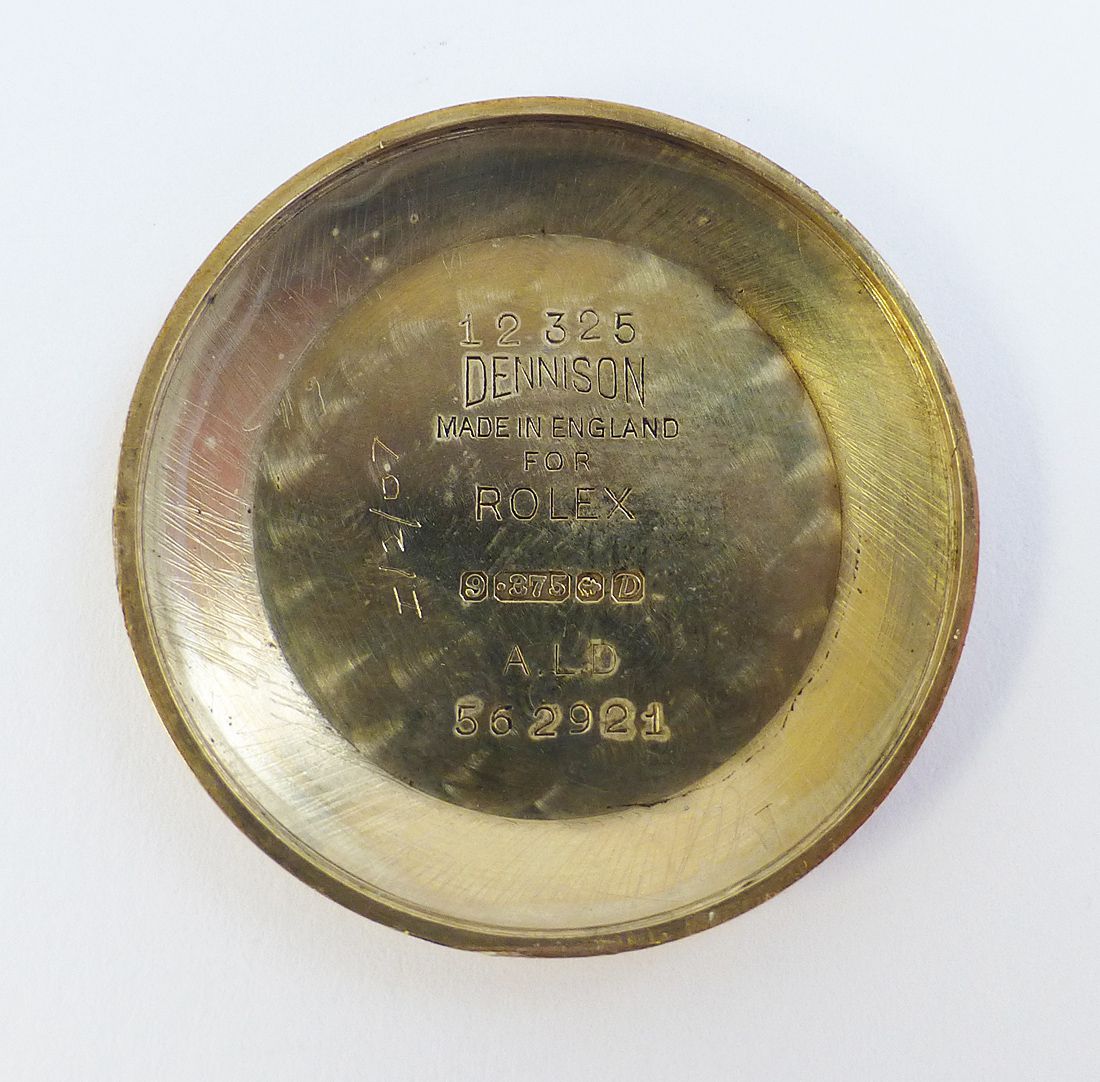 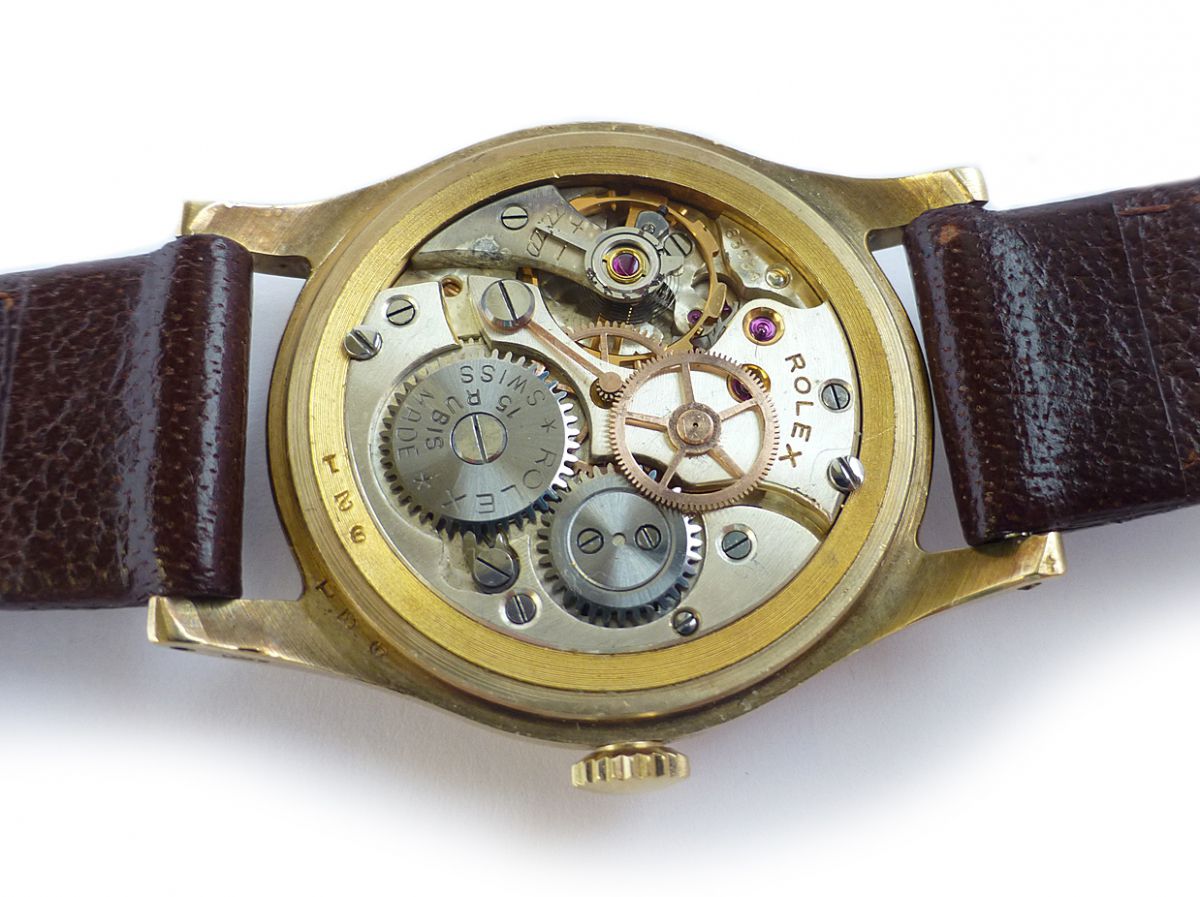 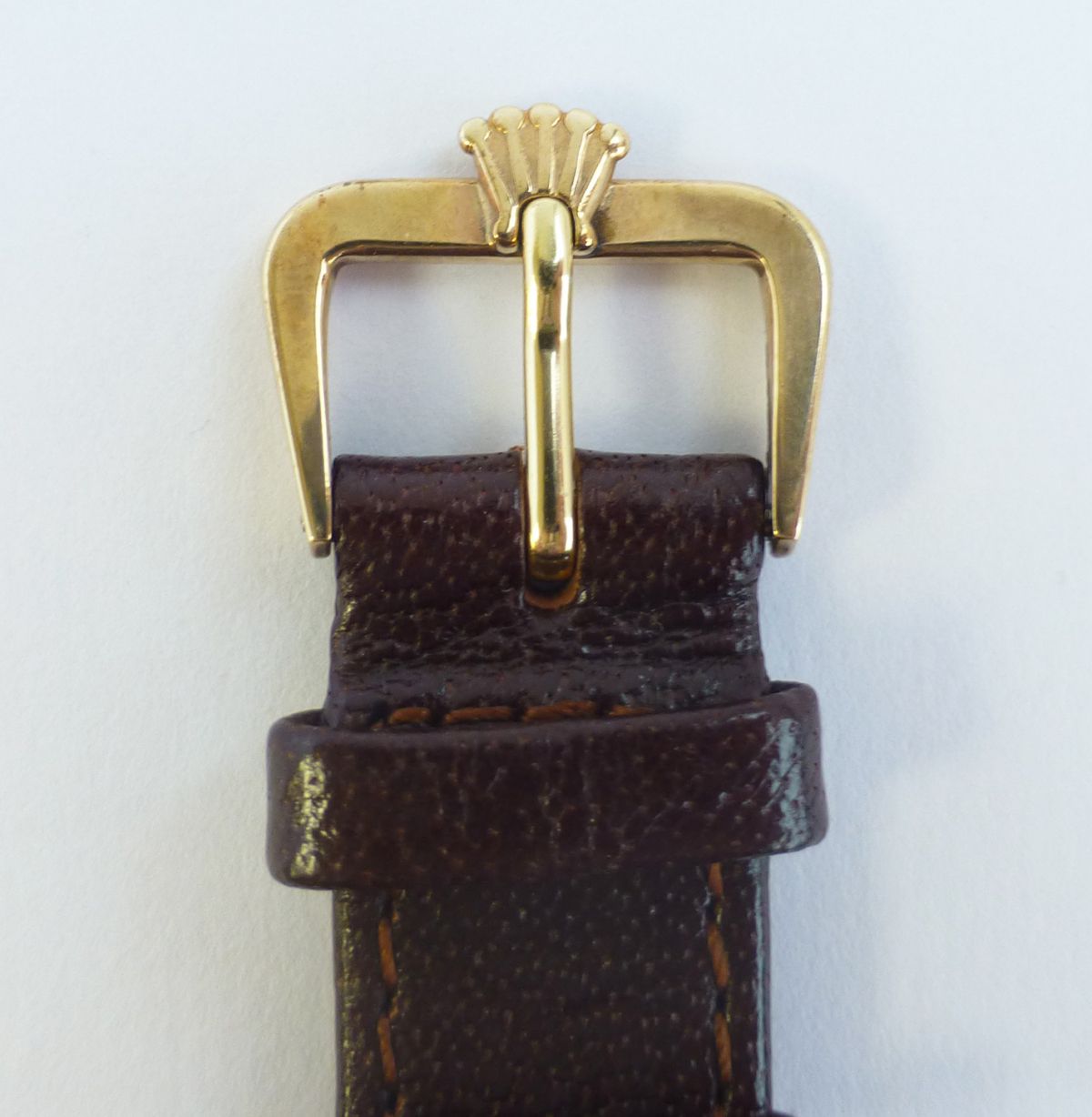 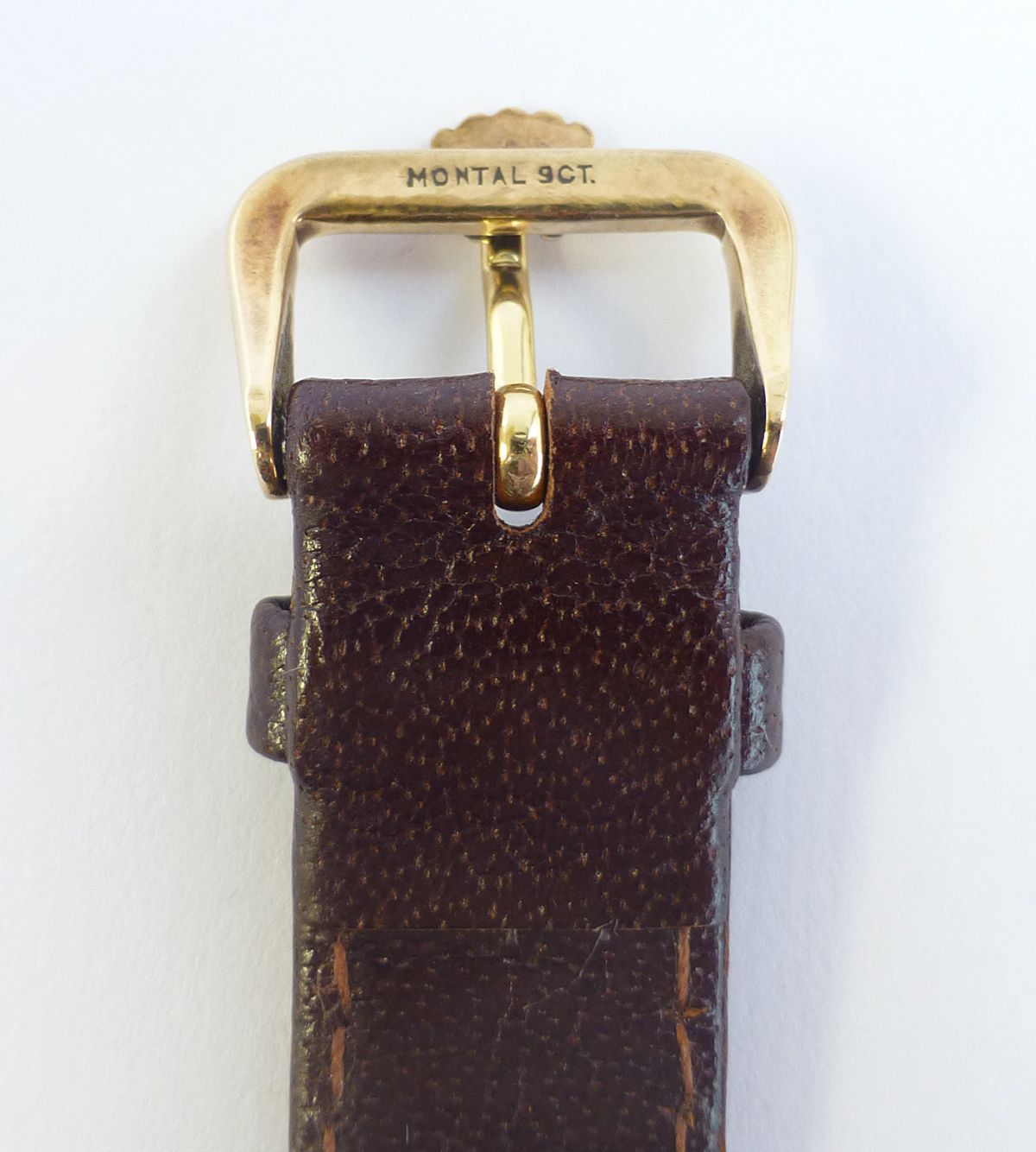 Excellent condition Rolex hand winding wristwatch. It has recently been serviced and in good working condition and running smoothly. It is model reference 12325 dating to 1954 in 9k gold Dennison case It is a smaller size watch as was fashionable in the 1950s and would be considered as mid size by todays standards. It is a slim and elegant looking watch with ivory colour dial which is in beautiful condition. It has an acrylic crystal, unsigned crown with snap on case back. It comes with a replacement leather strap. The pin buckle is a Rolex buckle, also in 9k gold, signed with the crown logo. It is engraved on the case back. The engraving can be removed by polishing but really best left as it adds to the history and character of the watch. Dimensions are as follows. The width is 30 mm excluding crown, and 32 mm including the crown, lug to lug is 38, the thickness is 9 mm