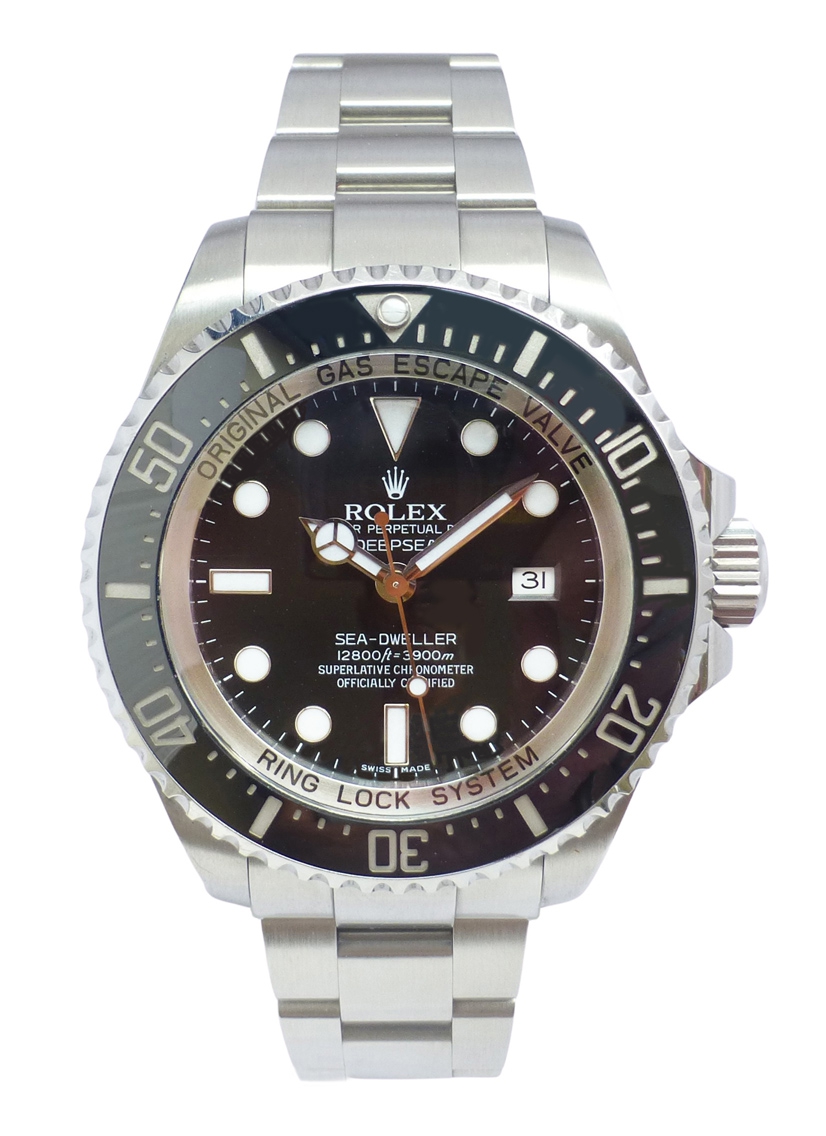 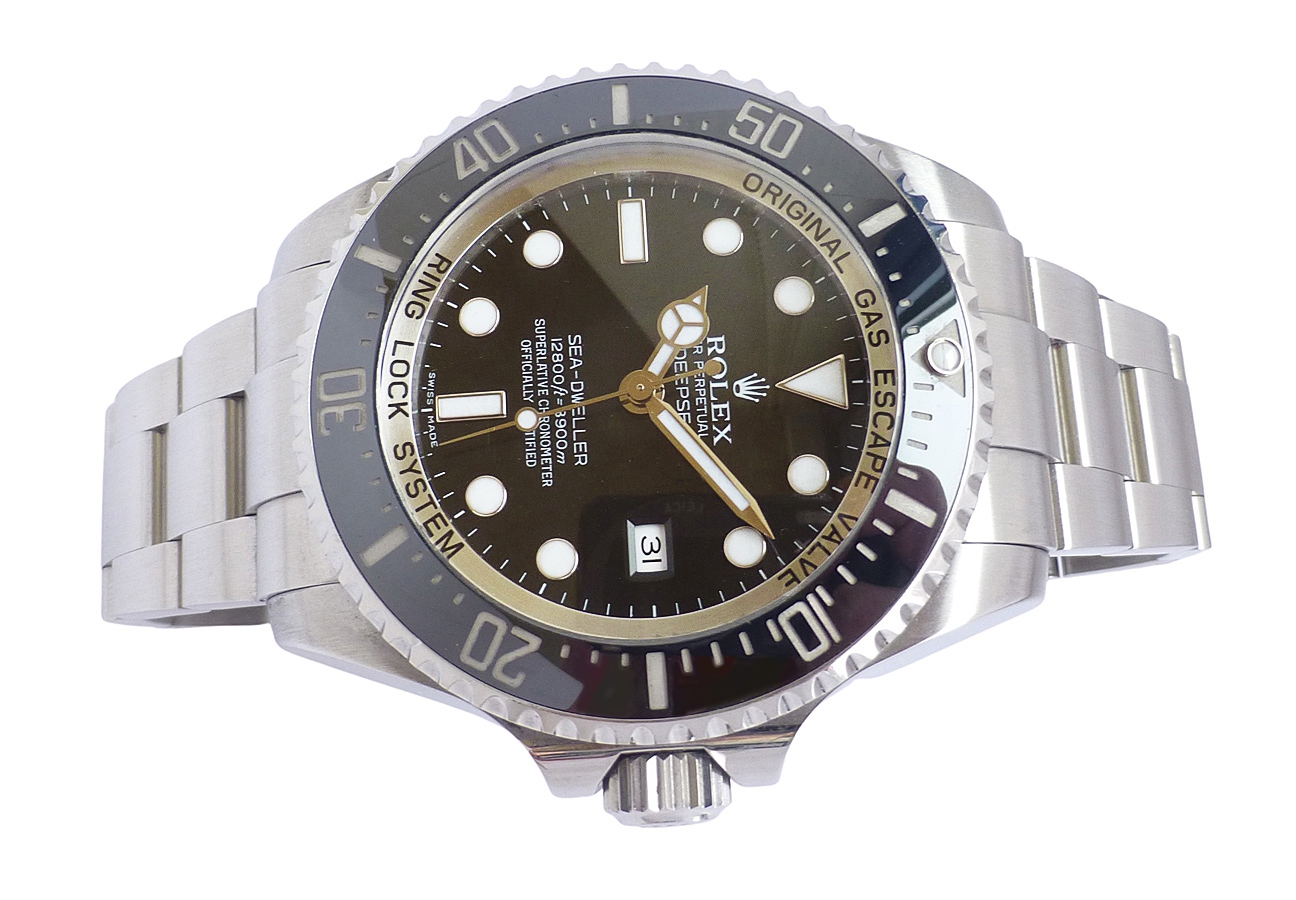 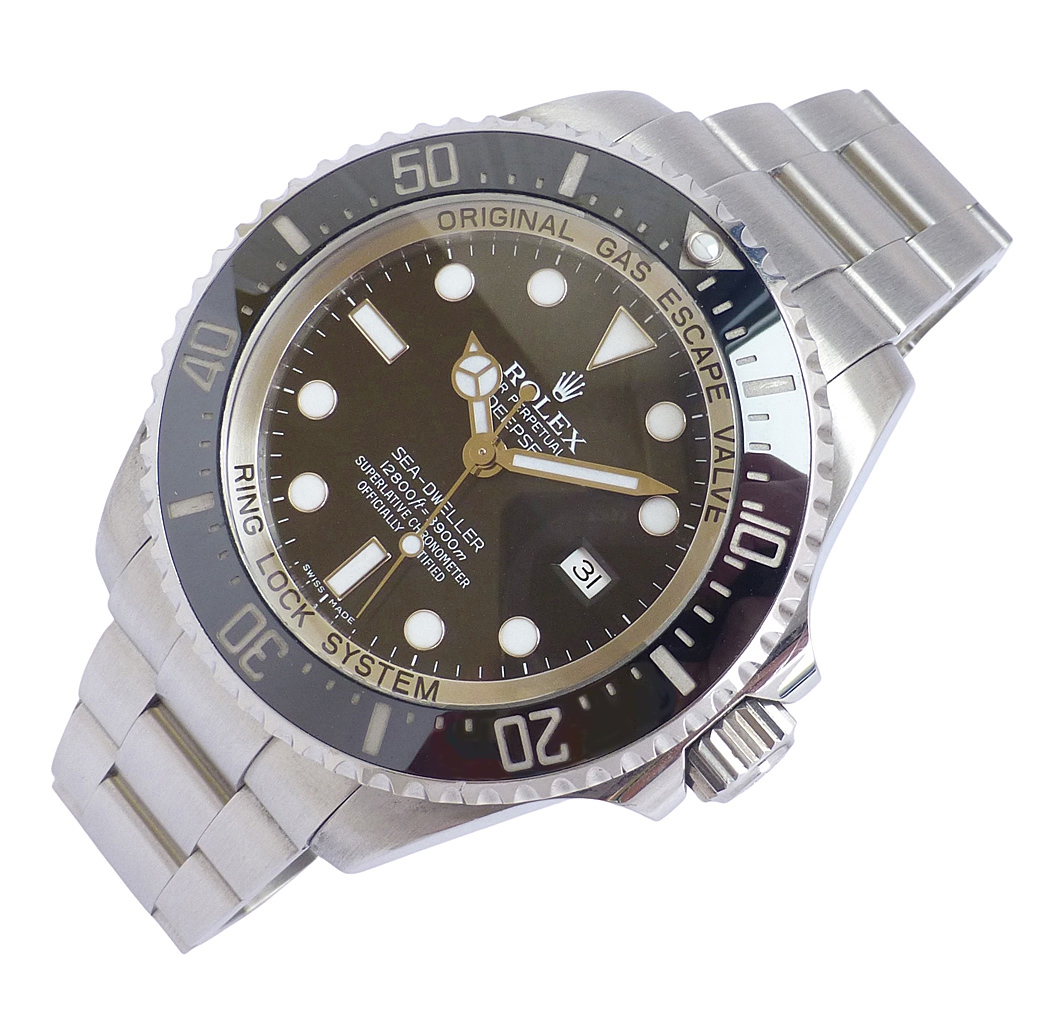 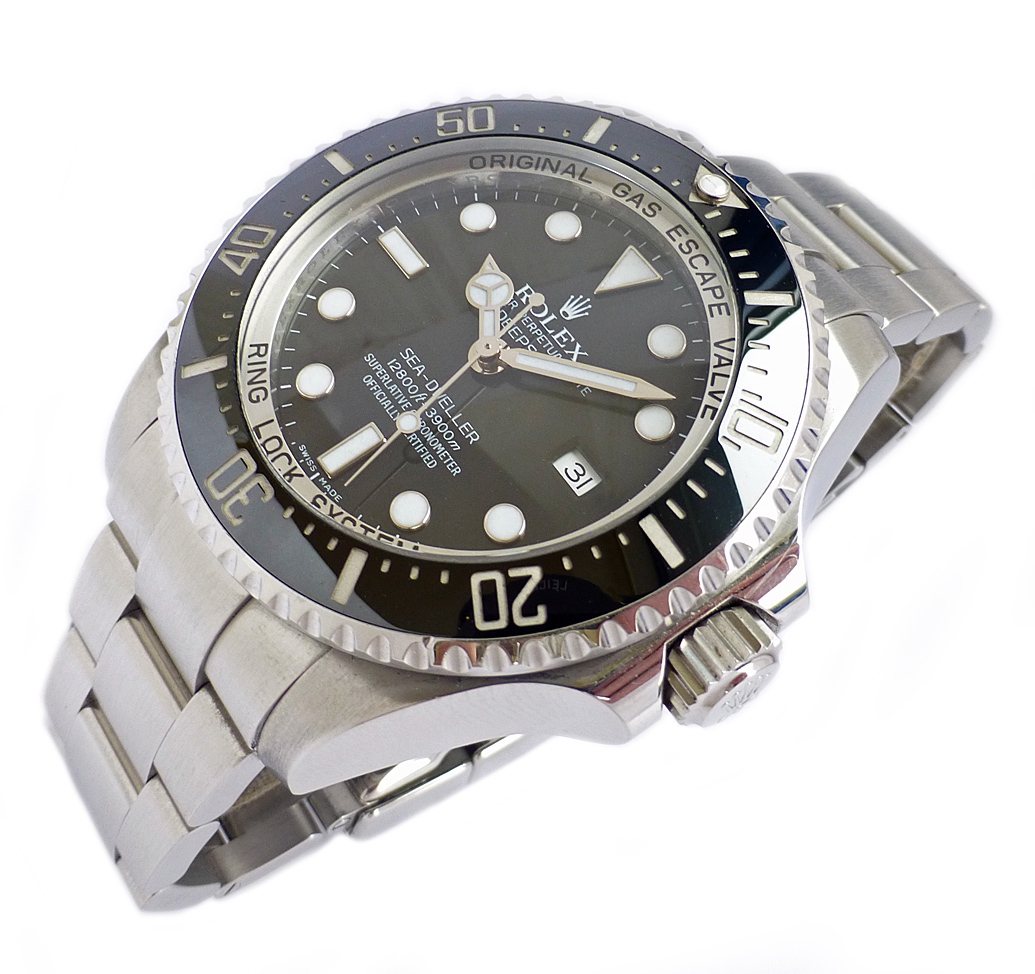 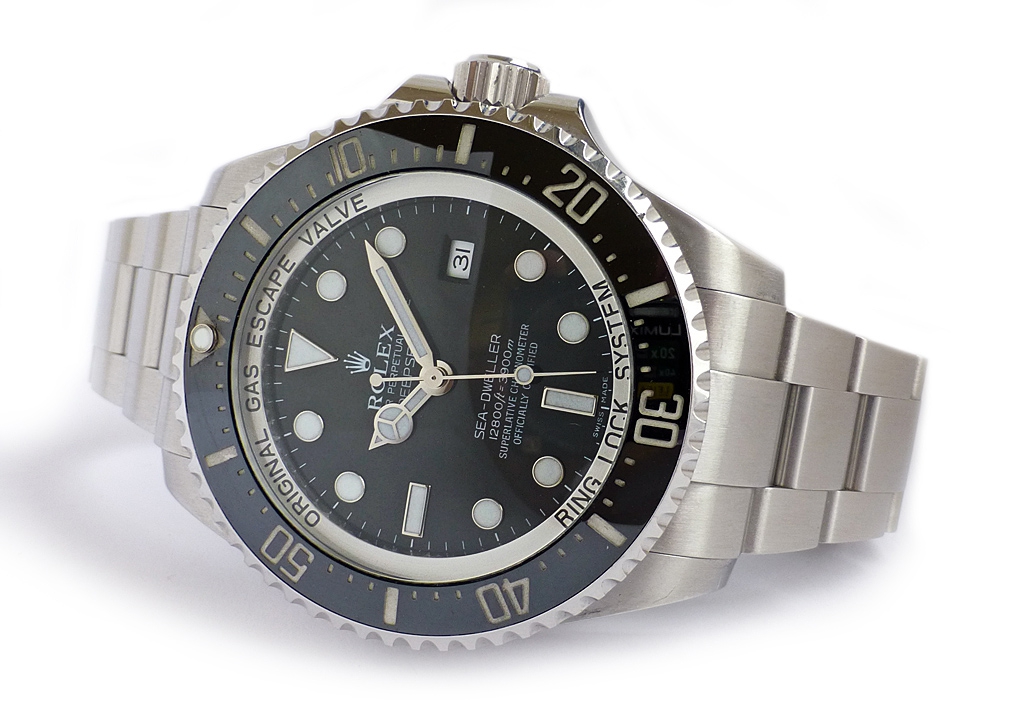 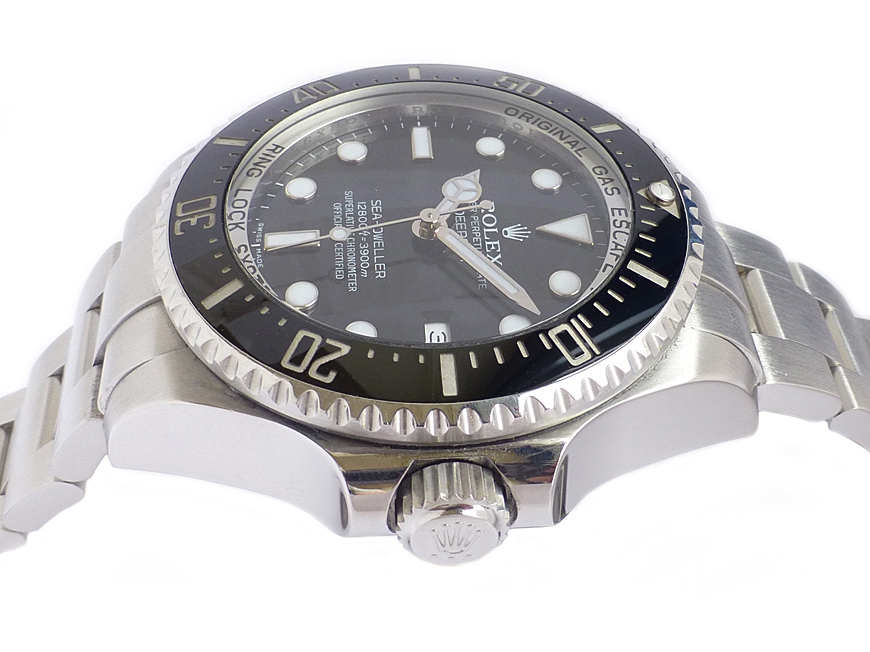 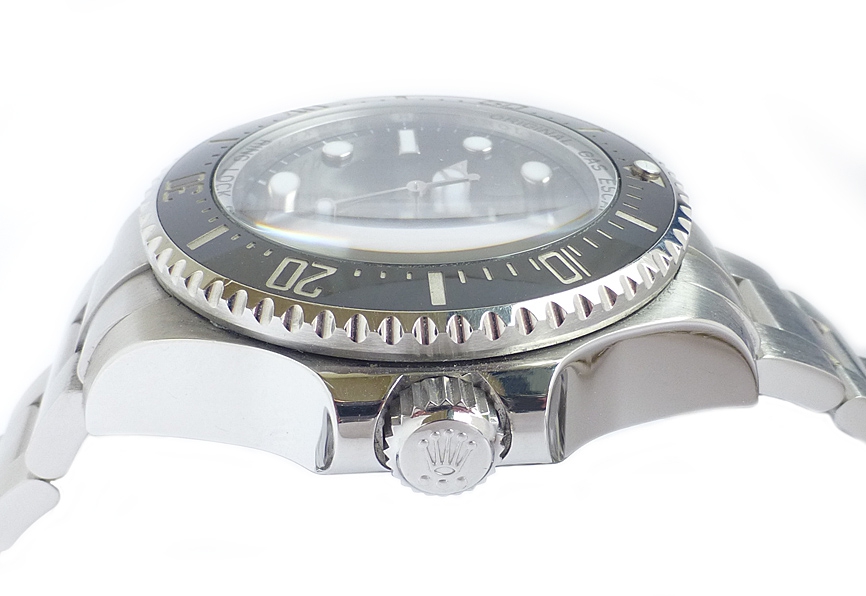 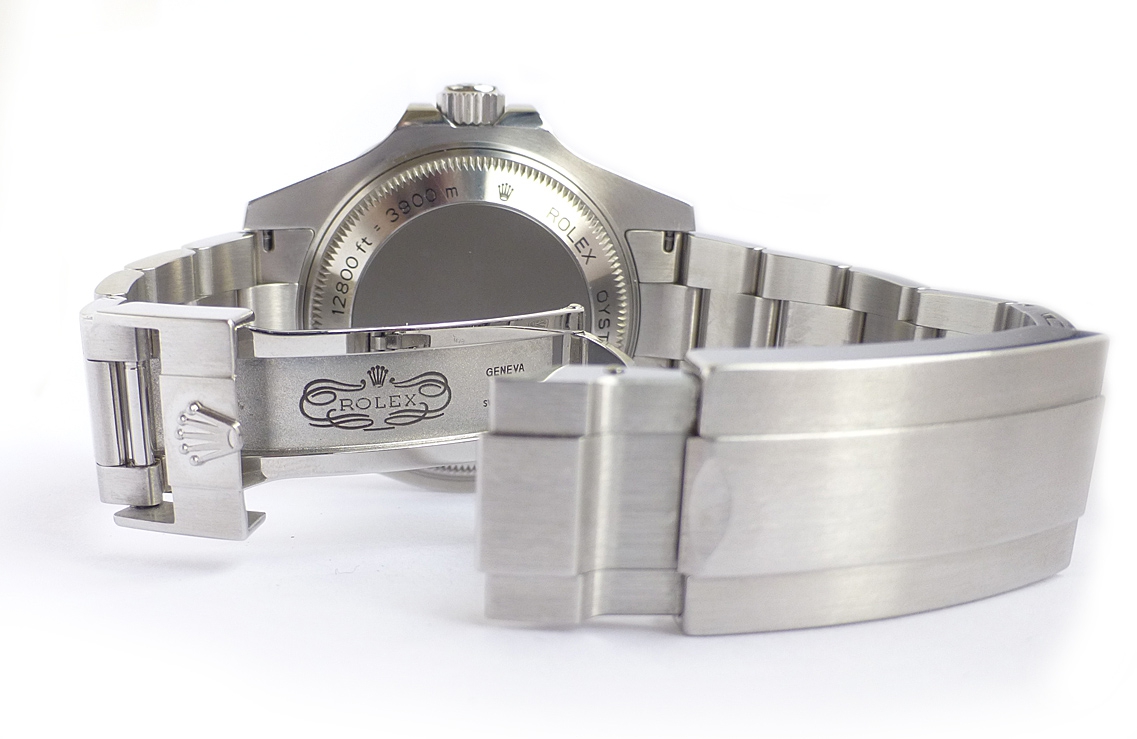 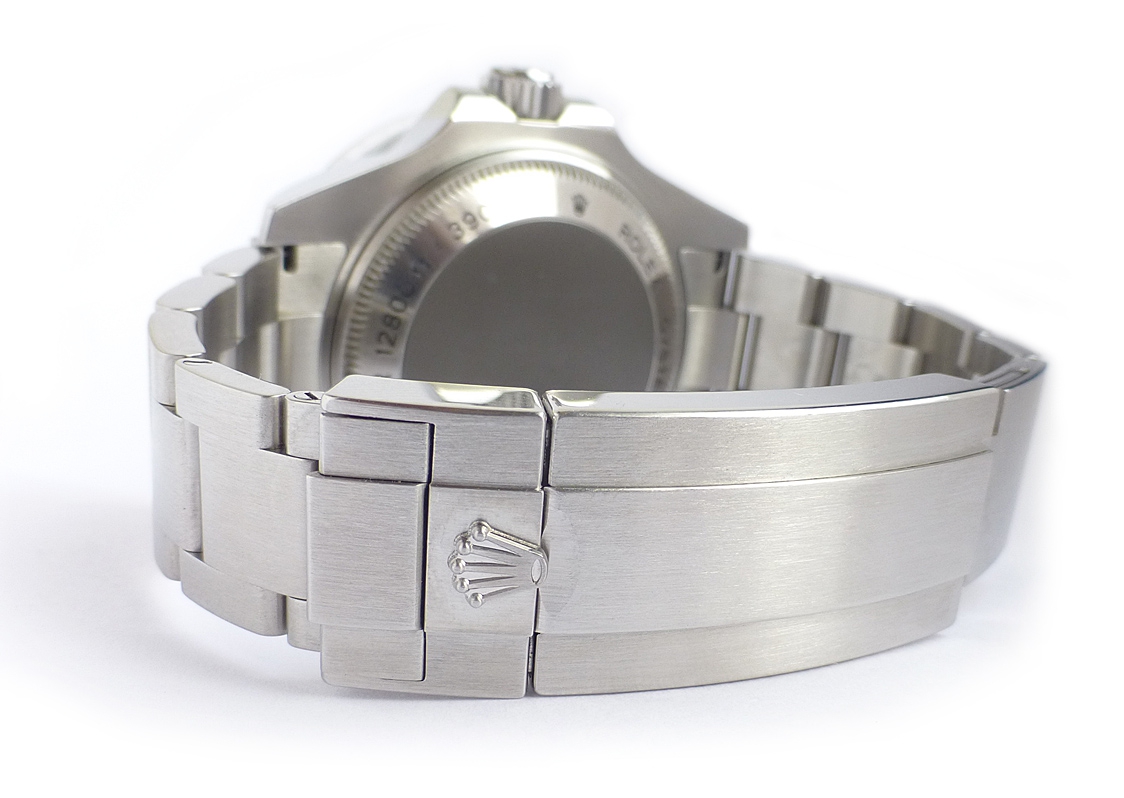 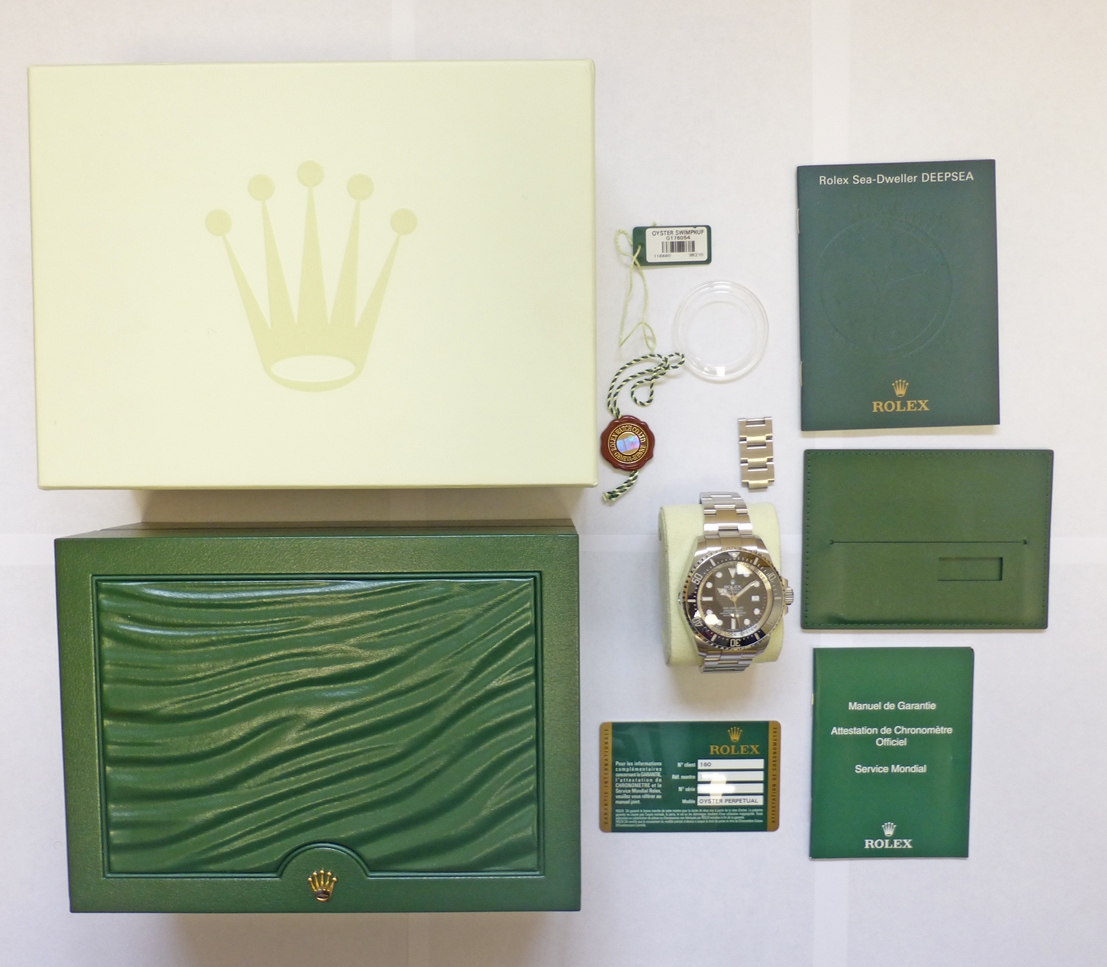 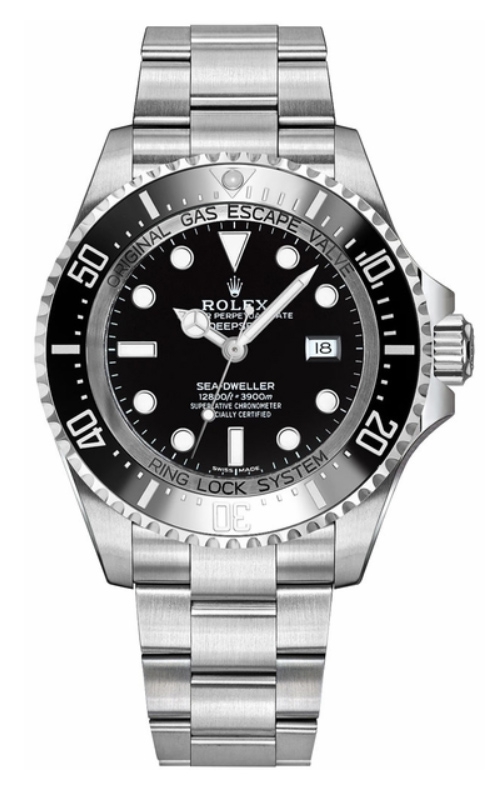 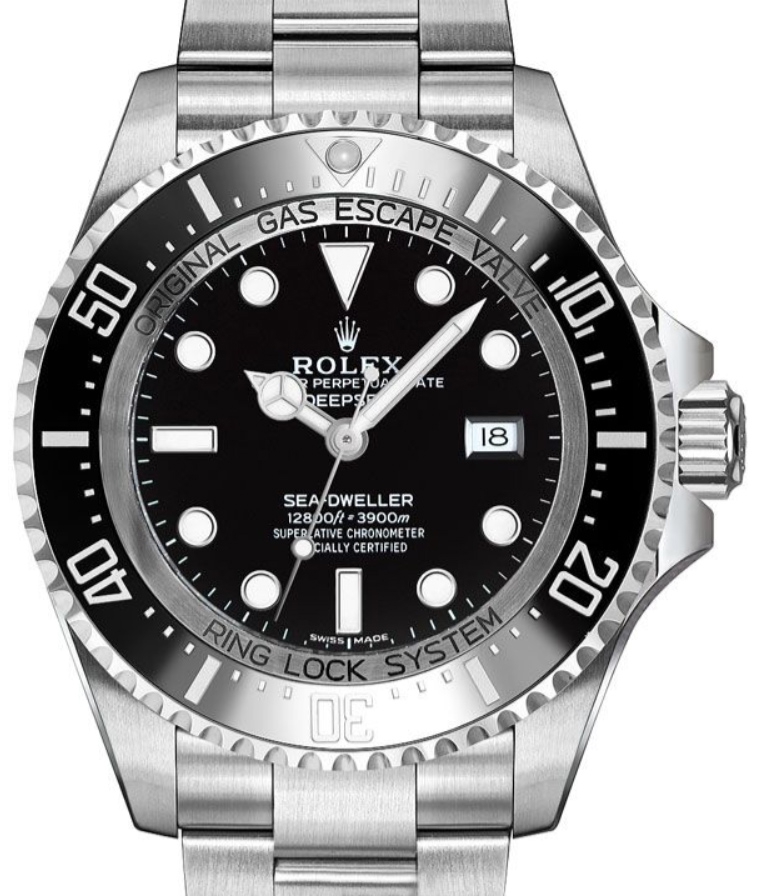 Rolex Deep Sea - Sea Dweller model reference 116600. It comes complete with box and papers 2011. It was purchased from Goldsmiths, part of the Aurum Group. The Deep Sea has superceded the traditional sea dweller and has been upgraded in many respects. The size has increased significantly and the watch is huge at 43 mm excluding the crown. The case is stainless steel Ringlock case which allows the case to withstand 2.98 metric tonnes of water pressure.. Full dimensions are below.  The watch has also got a greater depth rating at 12,800 feet or 3,900 metres. The crystal is now curved and very thick for the depth rating. Naturally the crystal is a scratch resistant sapphire crystal. The rotating bezel is a scratch resistant Cerachrom ceramic bezel doing away with the older bezel insert. The bracelet is also upgraded with thicker links, and the clasp is made more secure with a locking latch to secure it in place which is in addition to the fliplock safety clasp. It has a guidelock clasp system allowing for finer adjustments. Rolex watches are iconic watches that needs no introduction, the Deep Sea - Sea Dwellers is the bigger, tougher and more durable brother to the Submariner, which is the most successful and widely known divers watch in the world. Like the Submariner, it is the watch that set the standard in professional divers watches and one that most other divers watches aspire to emulate. It is a true professional instrument watch and one that can endure the toughest of conditions above and below the water. It is equally at home being worn with a suit or for weekend leisure. Needless to say it is an officially certified Swiss chronometer as indicated by the dial markings. It is a fully waterproof divers watch, has a sturdy uni directional, ratchet operated rotating bezel with screwed down crown and scratch resistant sapphire crystal. It also has a helium escape valve for decompression purposes. The watch comes with the inner box, chronometer certificate, cards and everything that it was originally purchased with. Dimensions are: width is 43 mm excluding crown, 48 mm including crown and 52 mm lug to lug and thickness is 18 mm.