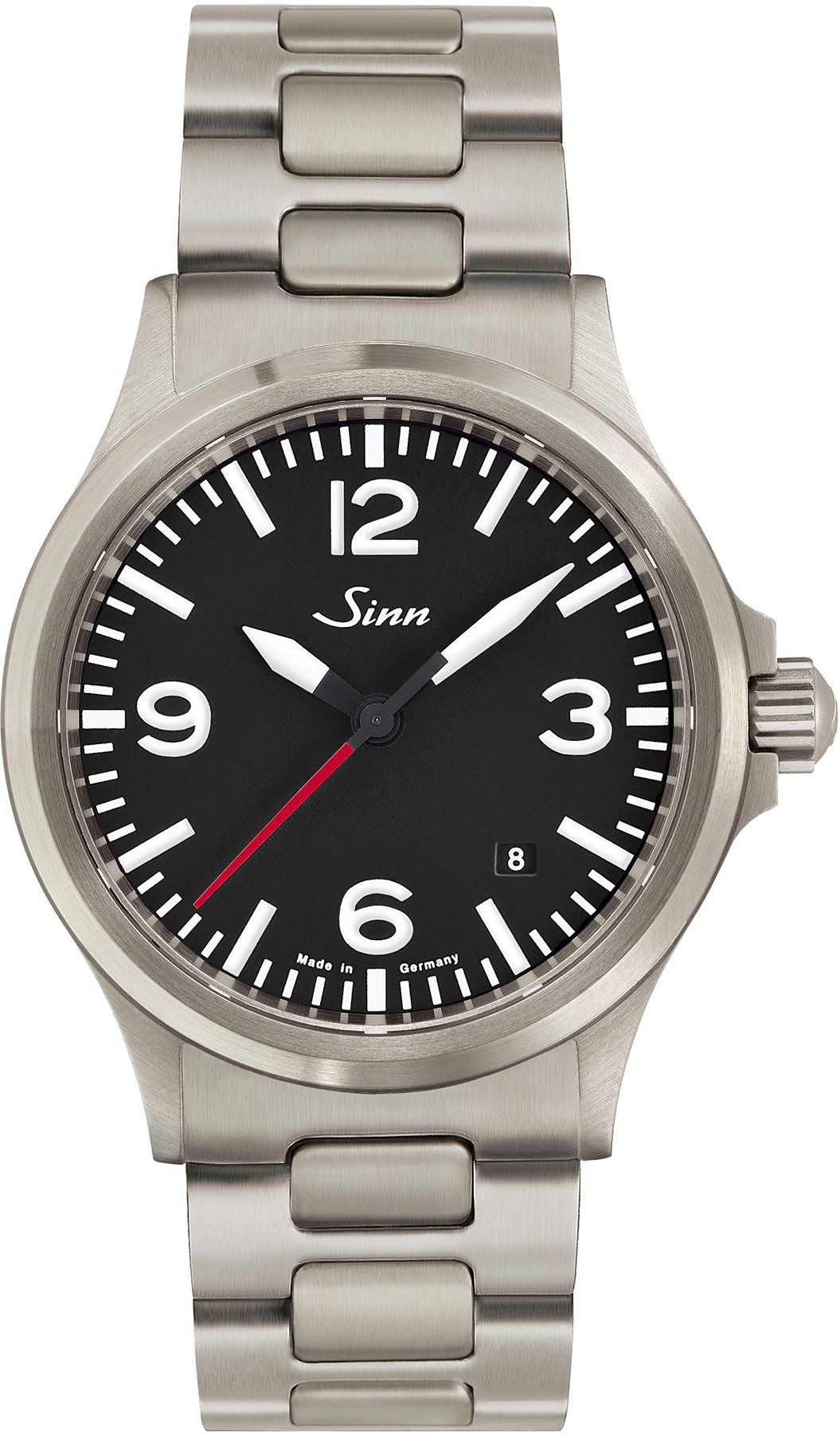 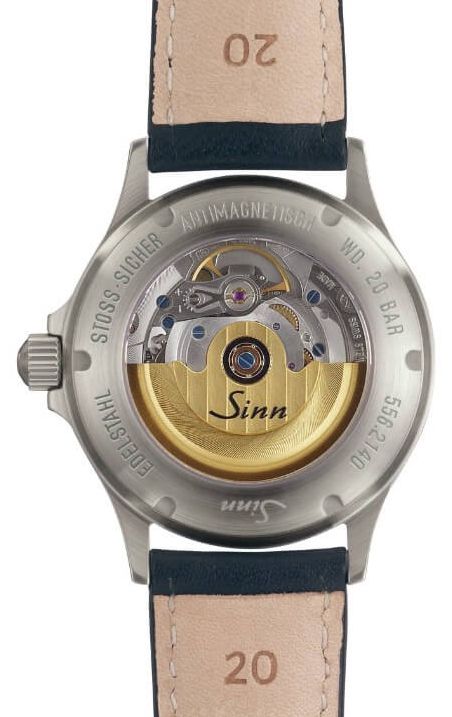 Striking form, sparse dial design, superior readability  characteristic SINN features which highlight the similarities between the 556 series and our pilot and navigation cockpit clocks. The accentuation of the hours, minutes, seconds and the date plus the satinized stainless steel case are what give the watches their sporty yet elegant appearance. The crystal of the 556 watches is made from sapphire crystal, as is the transparent back which provides an intriguing insight into the filigree mechanical movement inside. The model 556 A RS has a special feature: The red second hand is in a harmonious contrast to the black of the dial and the white of the numbers and indices.

Case
Case made of stainless steel, satinized
Sapphire crystal glass in front, anti-reflective on both sides
Transparent case back made of sapphire crystal glass, anti-reflective on the interior
Case back screw-fastened
Crown screwable
Meet the technical requirements for waterproofness, as set out in standard DIN 8310
Pressure-resistant up to 20 bar
Low pressure resistant

Sinn Watches was formed in 1961 by the legendary pilot and flight instructor Helmut Sinn. They began manufacturing flight watches based on his extensive aviation experience, this was primarily based on Mr. Sinn's dissatisfaction with the watches that were available for pilot and navigational purposes at that time. His own designs incorporated the features and functionality that he felt more fit for purpose as an instrument watch. This is a design philosophy that has transcended the company's culture right through to the present day. Sinn is now the world's most eminent manufacturer of high quality, precision, functional and purposeful instrument watches. From the beginning, their emphasis was on creating special purpose instruments that performed under extremely adverse operating conditions such as high speed, high and low pressures and altitudes, intense heat or pressure, extreme cold, high magnetic interference, and submergence in liquids. Sinn are becoming increasingly known for their instrument watches, and are today a force to be reckoned with as they lead the way in instrument watch design. The company changed hands in 1994 when Lothar Schmidt formerly of IWC assumed control and further expanded the boundaries of Sinn’s high tolerance manufacturing expertise. Over the past decade, Sinn has pioneered some innovative new technologies, including oil filled watch chambers to enable operation under extreme pressures, argon gas filled watches to prevent moisture infiltration, impact resistant gear suspensions, and new micro-lubricating techniques. Their timepieces are standard equipment in some of the most dangerous and adverse environments on earth - little surprise their watches are issued to the German military and elite forces. Above all the watches are manufactured and marketed to the world at large. Like the designs and their application areas, the pricing of the Sinn watches is most aggressive, making them available to most people. Due to distribution agreements Sinn watches can only be shipped to the UK and Ireland and certain countries where there is no Sinn agent assigned to that territory. Sinn watches are covered by a two or three year manufacturers warranty depending on the model.